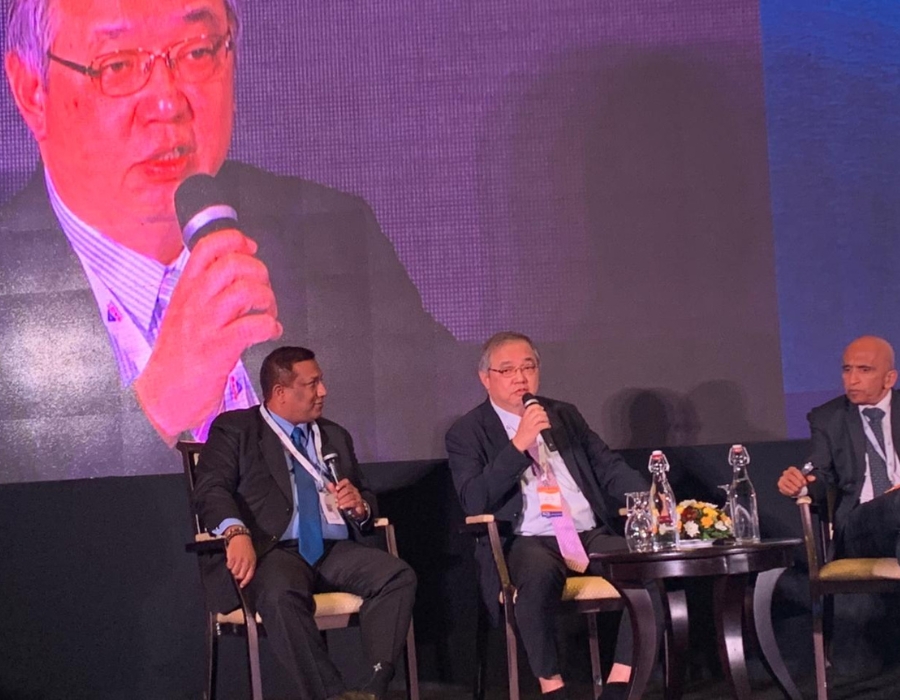 The maritime industry must be ready to look into the cost of future bunkering operations and marine fuels as well as technology advancement that can help reduce operational losses while increasing transparency of quantities being delivered.

This was the conclusion reached by Singapore bunker industry veteran Simon Neo, Director of SDE International Pte Ltd during his presentation at the Colombo International Maritime and Logistics Conference 2022 on 1 November.

During his session titled Future of Bunker Fuels, Neo highlighted future bunker fuels for the short and long term with the impending IMO 2030/2050 targets.

“Availability is one of the biggest headaches the maritime industry is facing with regards to alternative fuels,” he said.

He elaborated this with a pool of unanswered common questions among industry stakeholders:

“Which bunker ports would offer all grades of different future fuels, which are carbon friendly or even zero carbon? When it comes to ship engines, do we need to modify, rebuild, or change new engines that can burn different types of alternative fuels? Even for newbuildings, shipowners have to carefully consider their choice of fuel before constructing,” he said.

He deemed short term fuels to be those that may not meet the zero carbon mark such as biofuels, LNG and methanol but he emphasised that this does not mean fossil fuel will cease to exist just yet.

“VLSFO can be considered a short term solution as it will continue to be used by some shipowners. So fossil fuel will still be around in 2030,” Neo said.

However, by 2050, he said fossil fuels would need to be “discounted” as it would not meet the zero carbon requirement unless there were methods to totally eliminate carbon from the fuel usage. Instead, he suggested long-term fuels such as green methanol, green LNG, green hydrogen, blue hydrogen and ammonia may be the best options to meet IMO 2050 requirements.

Another approaching issue on future fuels he touched on was compliance efforts in line with new fuels coming into the market where he drew examples from around the world.

“Singapore is looking into EBDN or Electronic BDN or some may call it digital bunkering to ensure compliance. In Europe, we can see many companies coming out to introduce EBDN or digital bunkering programmes as well as blockchain systems to establish a digital record of a batch of fuel throughout its lifecycle.”

Neo viewed shipowners and bunker buyers are not only the ones exploring options for digital bunkering.

“Banks are also scrutinising digital bunkering as they are very concerned about the loans or overdraft facility that are given out to bunker suppliers,” Neo said, while adding mass flow meters (MFMs) are also being looked into for transparency and accuracy.

Digital platform will improve process integrity, data transparency and operational efficiency of bunkering operations in the Port of Singapore.

China’s bonded bunker fuel sales rose to 1.69 million mt supported by the recovering shipping market and diverted traffic from Hong Kong which is under lockdown.

The institutional investors were advised by J.P. Morgan Asset Management and Frachtcontor Capital Partners was the broker for the deal.