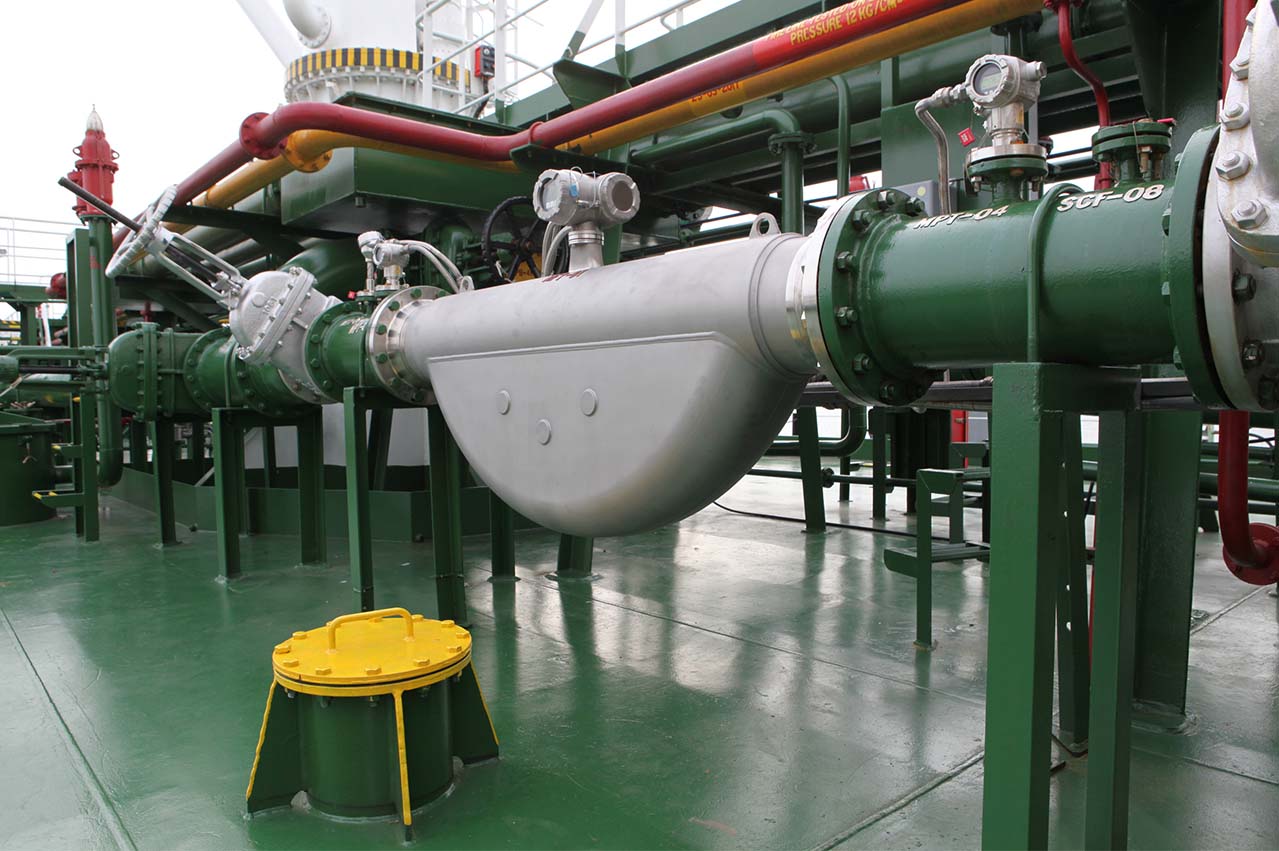 Mass flowmeters (MFM), a Singapore-led development for bunkering operations, have gained interest overseas and is now facing a “chicken and egg” issue over mass adoption, says the Chief Commercial Officer at Bunker Holding.

“I think using MFM for bunkering is what something a lot of ports are thinking of attempting now but it also depends on what the clients want, and it seems that MFM bunkering is something that many people will like adopted,” Christoffer Berg Lassen tells Manifold Times.

According to Lassen, MFM bunkering operations are taking place in Singapore, Rotterdam, and Amsterdam; some physical suppliers have also started testing using MFM technology for similar operations in Fujairah.

He sees an increase of shipping companies asking for MFM bunkering, with no obvious trend favouring the bigger or smaller players.

“MFM bunkering is something a lot of ports and physical suppliers will be looking into going forward,” notes Lassen.

“Right now, of course, it is about the chicken and the egg because before the physical player goes out and start investing in MFMs they need to see a certain demand; and when there is a certain demand they will be able to fulfil that demand.

“So, it’s chicken and egg about who is going to start and we are seeing MFM bunkering developing slowly, but surely.”

The introduction of MFM for fuel oil bunkering operations at Singapore starting 2017 has resulted in several players exiting the market due to lower margins.

“We know that margins are down in Singapore and we can see that from the number of our competitors bowing out because of pressure,” says Lassen.

“But again, we still think the clients out there want to pay for quality; it costs a bit more for quality and Bunker Holding wants to be a brand where people seek because they want quality, no doubt about that.

“Singapore and Asia is very strategic because all shipping lines go around Asia more or less at some point of time so we need to be able to supply all over Asia including Singapore, the world’s largest bunkering port, and we need to be some of the sharpest.”

Moving forward, Lassen signals the company’s intent to have representation in most Asian countries, including Singapore by offering physical deliveries of marine fuel through Bunker One, a house brand of Bunker Holding that unites all of its physical supply operations under one roof.

“We have consolidated several physical entities into Bunker One.

In terms of remaining entities, we are always evaluating what is best for the group and what’s best for our clients […] until now there is no plan to do any further consolidation, not any major ones, he states.”

Managing Director Darrick Pang explains a summary of key differences between SS 648 and TR 48 in event.

Singapore bunker market participants have not seen any major impact on the market from the practice.

Experts discussed the advantages and strength of each flow measurement technology, an overview of installation requirements, followed by a ‘live’ demonstration.