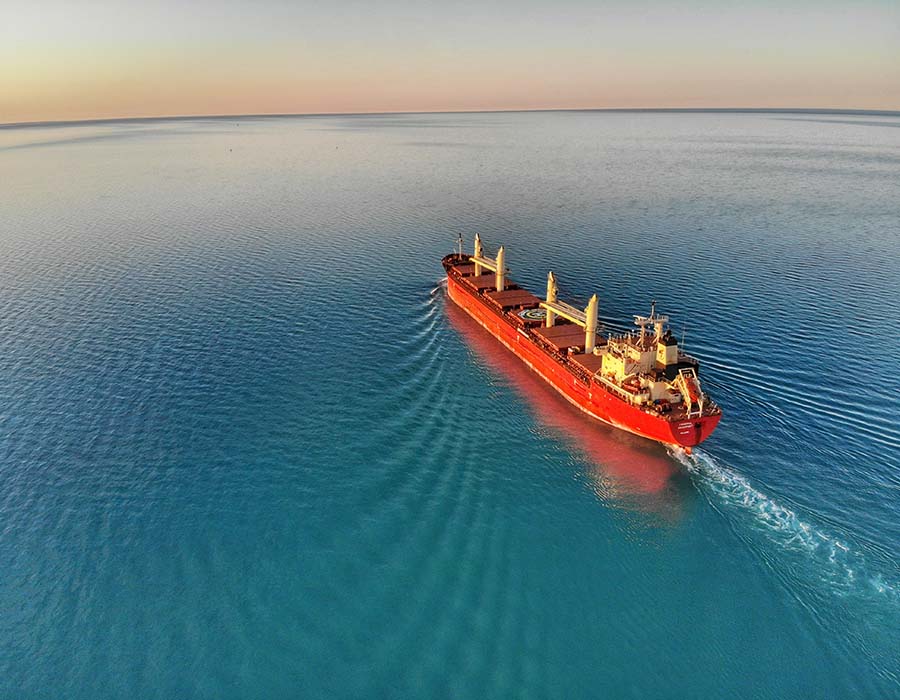 The following article written by Lars Robert Pedersen, Deputy Secretary General at BIMCO, was published as part of the June edition of BIMCO’s Bulletin and shared with Singapore bunkering publication Manifold Times:

There are many initiatives within the shipping industry aiming to develop technology for zero-carbon ships. There are also several projects outside the sector looking to develop and scale-up production of zero-carbon fuels. But are they commercially viable and is regulation the answer? BIMCO’s Deputy Secretary General, Lars Robert Pedersen, argues that what is missing are market-based measures.

The Paris Agreement sets the ambition for the world in terms of climate-change mitigation. Collectively, action by all sectors of society worldwide should aim to keep global warming at a maximum 1.5 degrees Celsius above the pre-industrial level.

IMO member states agreed in 2018 to an Initial Strategy for the reduction of greenhouse gas emissions (GHG) from ships with a vision to de-carbonise ships as soon as possible within this century. An intermediate target was agreed to reduce total GHG emissions by 2050 to 50% of the total 2008 GHG emissions.

From a shipping industry perspective, the path is clear. Ships must de-carbonise and it must happen soon. It is about how and when – not if.

Is it commercially viable?

There are many initiatives within the shipping industry aiming to develop technology for zero-carbon ships. There are also several projects outside the shipping industry looking to develop and scale up production of zero-carbon fuels. We have an initiative under the auspices of the Global Maritime Forum called “Getting to Zero Coalition”; we have multiple developments spearheaded by various classification societies; we have the Mærsk Mc-Kinney Møller Center for Zero Carbon Shipping; and there are many more. What all have in common is the aim of getting a zero-carbon ship on the water as soon as possible – and before 2030.

Zero-carbon ships are likely to employ innovative technologies – for engines and ancillary equipment – and new fuel types that leave at least carbon-neutral footprints. We are talking expensive new equipment and costly new fuels.

Is this commercially viable? The answer is no – at least in the short to mid-term. It will cost more to build ships equipped to burn zero-carbon fuels, and the fuels themselves will add substantially to the operating expenses of such a new generation of ships.

It is one thing is to get a zero-carbon ship on the water, it is quite another launching a fleet of them and operating them in a commercially viable way. I believe this is unlikely to happen unless some sort of cost-equalising measure is introduced.

Is regulation the answer?

Could it be done by regulation? If the burning of fossil fuel was to be banned from a certain date in the future, only zero-carbon shipping would be available. This would be an extremely risky strategy that would likely create a major shortage of transportation supply and result in massive disruptions to economies across the globe. Not a recommended way forward.

It is more likely that transition of the industry will be organic, simply because of scale. Transition will probably take a generation of ships to complete – that is more than a decade, even if it is fast-tracked.

In such a scenario, ships using cheap fossil fuel would need to trade alongside a new generation of zero-carbon ships using vastly more expensive fuels competing in the same market for the same cargoes. Freight rates would not depend on the fuel technology of an individual ship, rather they would reflect a supply/demand balance and favour the cheapest operating ships in the market. As you can imagine, that would be the end of using native market forces to drive transition.

What is missing here is some kind of market-based measure (MBM); one that would even out the operating expense difference between the old and new generation of ships. It could be achieved by incentivising the new fuels and technologies to a level that puts them on a par with fossil fuel. It could be done by adding a penalty charge to fossil fuel to bring its price up to that the new fuels? Or it could be somewhere in-between.

The difficulty is of political nature. The world has agreed to tackle climate change with respect for national differences and respective capabilities. The phrase used in climate policy is “common but differentiated responsibilities and respective capabilities” (CBDR-RC). It means that each country should contribute in any way that it can, and those ways may differ from one country to another.

From an IMO member state’s perspective this may be different – or differentiated. That is why it is so difficult to tackle climate-change policy at the IMO. BIMCO has called for MBMs to be discussed by the IMO as soon as possible, and we look forward to seeing it happen.

Two things are certain: these will not be easy negotiations and the result will probably not be ideal from an industry viewpoint; and transition will not happen at large scale without an MBM.

Defendant continually informed of the problems with Tankoil, without having reacted, and misled management.

‘LNG reduces up to 23% of GHG […] waiting for future fuels and not utilising LNG, which is safe, proven, competitive and available today, is a mistake,’ said SEA-LNG.