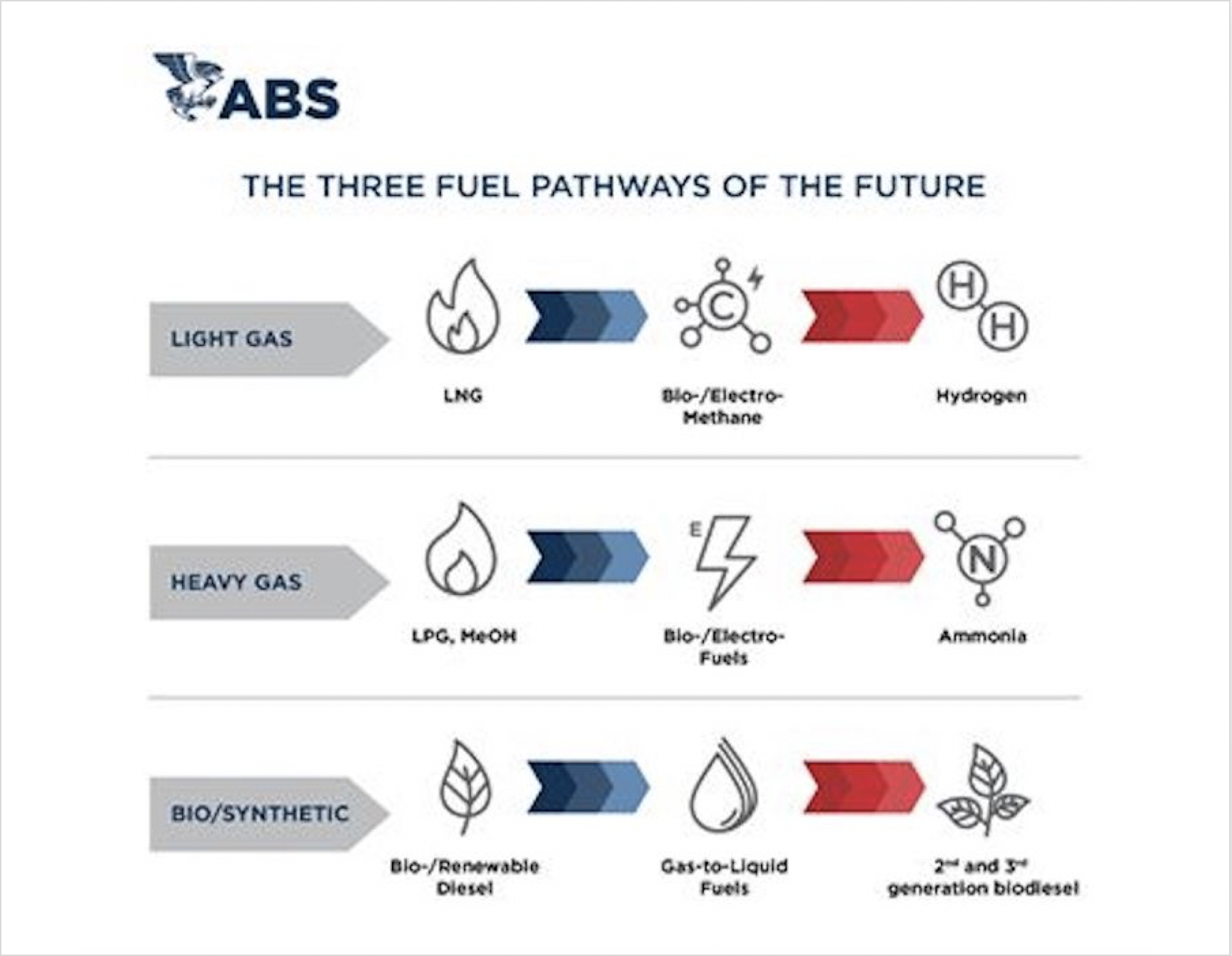 Liquefied natural gas (LNG) and hydrogen are viewed as frontrunners to be the fuels that will help shipping reach IMO decarbonisation ambitions, according to a new survey conducted by classification and technical advisory service provider ABS earlier in October.

LNG was the solution to the 2050 emissions target for 47% of respondents to the ABS Future Fuels LinkedIn Survey, while hydrogen was the answer for 40%. Just 8% opted for ammonia and 5% for methanol.

LNG was again the dominant fuel option to get the industry to 2030 targets, securing the support of 64% of respondents, against 22% for hydrogen and 7% each for ammonia and methanol.

The results illustrate the challenges facing shipowners in developing fleets that meet and exceed IMO targets.

“Owners of internationally trading ships are facing increasingly complex investment decisions as they try to navigate the most efficient course to the low-carbon future, which is why ABS has moved to simplify the landscape by identifying three fuel pathways potentially open to shipping,” said Christopher J. Wiernicki, ABS Chairman, President and CEO.

“On this pathway, if methane slip is discounted, LNG can reduce GHG emissions by approximately 20%; bio-methane can be carbon neutral, while hydrogen is a zero-carbon fuel. Hydrogen can serve as the ultimate solution along this pathway, but it will necessitate significant technical advances, which may require a decade or more, until it becomes a practical solution.

“The second pathway is defined as ‘Heavy Gas’, by using generally heavier, more complex molecules, but with less demanding fuel supply and storage requirements than the light gas pathway. This group includes LPG, methanol and ethanol, leading to bio-derived or synthetic LPG/methanol and ultimately to ammonia.

He added: “On this pathway, methanol can reduce CO2 by approximately 10 percent, while bio-methanol can be carbon neutral, and ammonia is a zero-carbon fuel. While ammonia shows considerable promise as a fuel, the technology for its application still needs to be developed, and regulations must account for its particular safety considerations.

“The third pathway hinges on bio/synthetic fuels that are derived from renewable sources and can produce liquid fuels. These fuels have similar properties to diesel oil and thus are much less demanding in terms of new infrastructure and technologies onboard and can be utilized with minimal changes to current ship designs.

In the future, a third generation of biofuels, such as lignocellulosic or algae-based fuels could potentially provide the industry with almost 500 million tons of fuels annually, more than the current annual bunker demand. This group includes electro/synthetic Gas-to-Liquid (GTL) fuels produced though either carbon capture and electrolysis, or from converting biomass to syngas and then to liquid fuels such as methanol or diesel.”

But which particular pathway makes sense for a shipowner to focus on will depend on the operational profile and trade of the vessel, cautioned Wiernicki.

“In all likelihood, the fleet of the future will be fuelled by a variety of choices, including oil, that will be selected depending on the owner’s operational preferences,” he said. “Although we are fuel and technology agnostic, ABS focuses on working across the board to help owners not only reach their decarbonisation and sustainability targets but hit them successfully, while maintaining a laser focus on safety.”

‘Our ambition is to build an advanced innovation centre combined with a giga factory, meaning that we will produce fuel cells with a capacity of 1200 megawatts,’ says CEO.

Doosan will install a solid oxide fuel cell system currently under development onto a 50,000-tonne petrochemical product carrier ordered by Navig8 to trial the system’s performance.