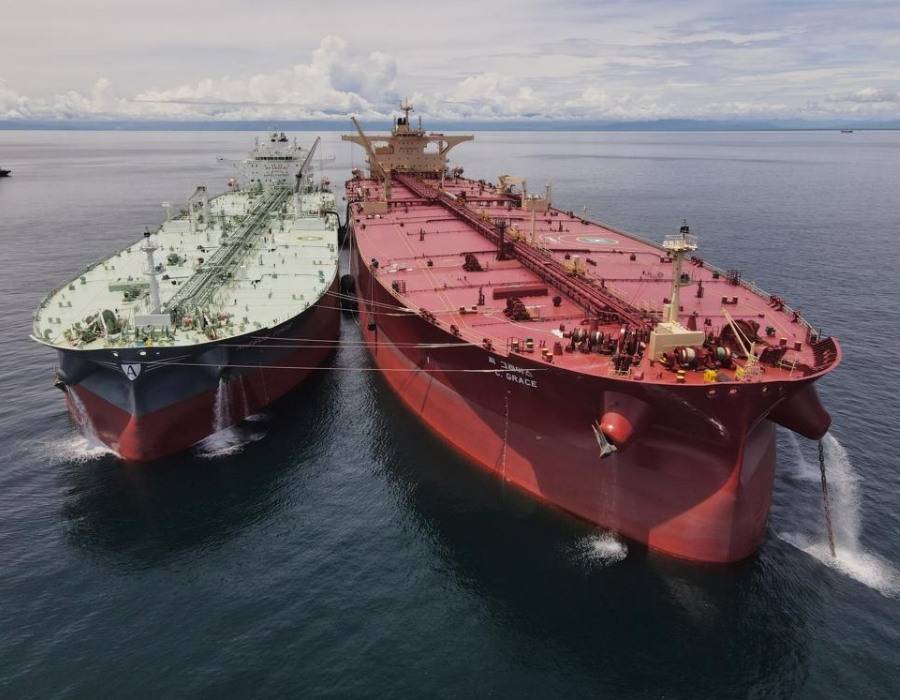 “The STS operation involving 580,964 barrels of crude oil (worth approximately US$60 million) from Seria Brunei was successfully completed at one of the six approved berths with safe water depth of up to 30 metres, which is located next to the marine park of Kuraman Island,” he said.

The operation, which was carried out smoothly, took approximately 20 hours and was completed early this morning.

Bernard added that the crude oil that was transferred from Nissos Tinos Majuro vessel to the 330-metre length C. Grace vessel is bound for South Korea. 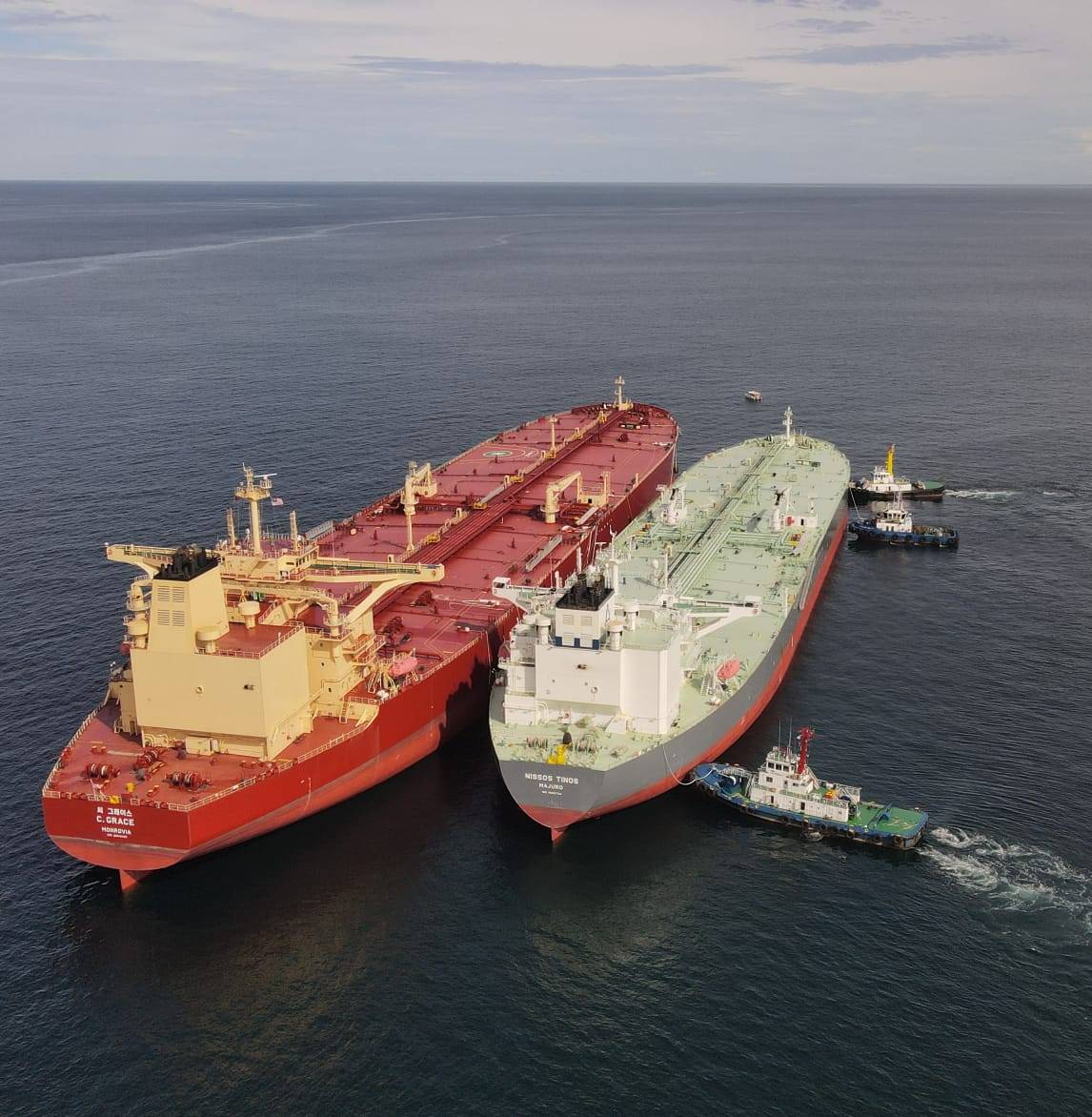 The STS operation was conducted about 10 nautical miles from Labuan, which is considered safe for such operations as the berth area is fit for a very large crude carrier.

“This is the first time such a huge vessel is calling at the Labuan port limit of Victoria Bay with cargo carrying capacity ranking up to two million barrels of crude oil. In terms of safety, we have the technical expertise to run this operation and we adhere to the highest level of safety standards without compromising on the environment and people,” he added.

The STS operation was witnessed by the Chairman of Labuan Port Authority, Datuk P. Kamalanathan and an entourage of local government dignitaries and officials.

He welcomed the first-ever STS transhipment in Labuan waters and hoped that it will further contribute to the Labuan domestic economy.

Straits said that the successful completion of the STS transfer is a result of its strategic collaboration with Fendercare Marine (Asia Pacific) Pte Ltd.

Straits had signed a Heads of Agreement with Fendercare Marine on 15 December 2021 to form an exclusive collaboration to provide STS services together.

Victoria STS is also expected to handle another first-ever STS Transfer of liquefied natural gas (LNG) from Australia at the end of this month.

Victoria STS is an indirect subsidiary of Straits with specialist expertise in offshore handling of liquefied gas and bulk petroleum cargoes.

The company received its first license from the Marine Department Malaysia on 31 July 2021 to conduct STS operations within the Victoria port limit of Labuan. 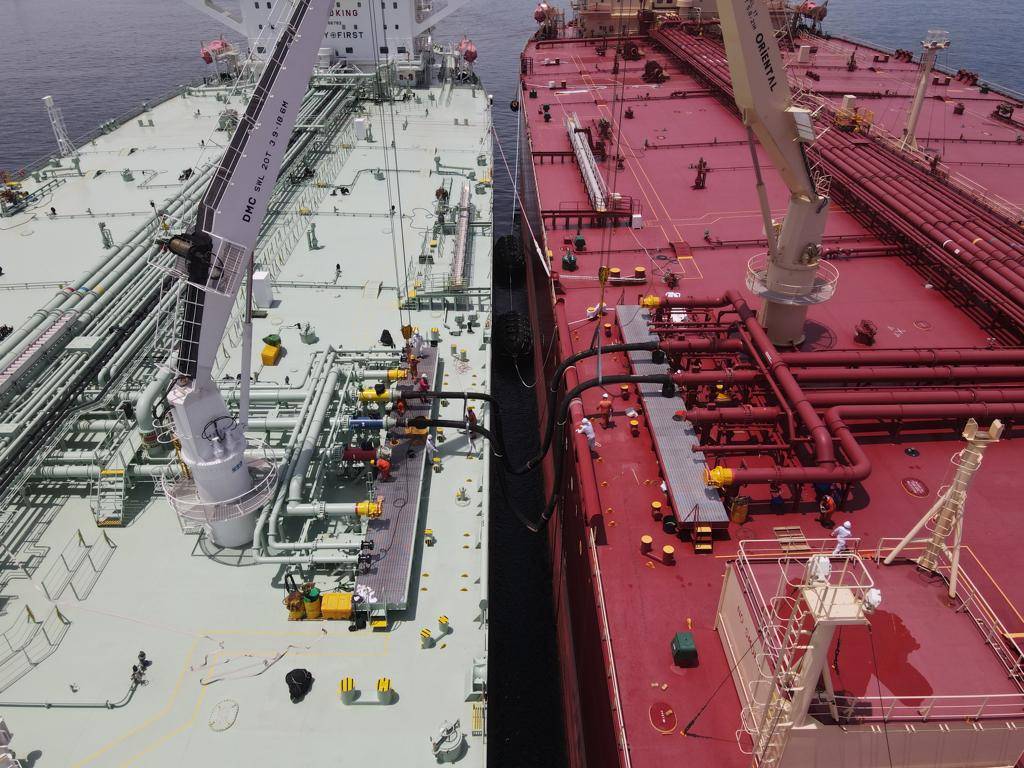 There should be enough supply in Singapore for eastbound vessels delayed by the Suez Canal blockage, but there is no noticeable increase so far, sources said.

MPA and ICS also inked a MoU to support the establishment of ICS Academy and develop training and development programmes for shipping professionals.