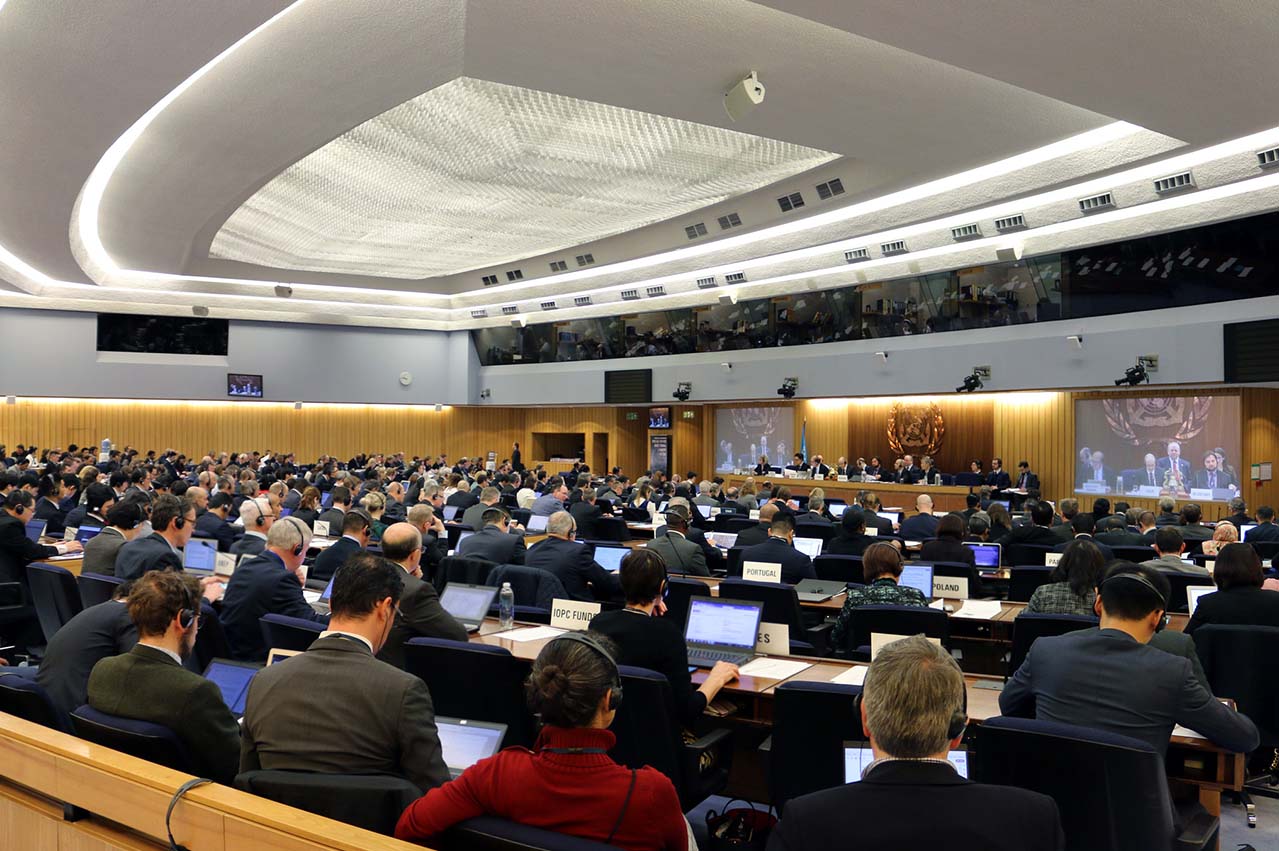 Under the IMO 2020 regulations, which require ship operators to use 0.5 percent low sulfur oil (LSFO) commencing next year, ship owners are permitted to continue using (presumably) lower cost 3.5 percent high sulfur fuel (HFSO) provided their vessels are fitted with exhaust gas cleaning systems, known as EGCSs or "scrubbers." Scrubbers capture and remove sulfur emissions from the vessel's exhaust. Open-loop scrubbers, one of the permitted compliance technologies, remove harmful sulfur dioxide (SO2) from stack gases and discharge wash water containing sulfates along with various metals, hydrocarbons and particulates removed from the exhaust. When setting allowable limits for scrubber discharge water in 2009, the IMO set criteria for acidity (pH), polycyclic aromatic hydrocarbons (PAHs) and turbidity (particulates) designed to be comfortably within accepted global water discharge allowances. However, commencing in late 2018, as the IMO 2020 effective date approached, several ship operators not planning to install scrubbers, along with a small number of port state regulators began to question whether scrubber discharges would potentially cause unacceptable harm in ports and coastal waters. These entities suggest that additional study is needed on possible scrubber discharge impacts before finalizing the IMO's discharge water criteria.

Several major port jurisdictions, notably California and Germany, have adopted vessel water discharge and emissions standards stricter than the IMO for coastal areas and/or ports and inland waterways. Without scientific data supporting their position, scrubber opponents called for more studies on scrubber discharges. Meanwhile, several additional port states, including China, Singapore, and Fujairah, the latter two being major ship bunkering centers positioned to benefit greatly from increased LSFO transactions, announced bans on the use of open-loop scrubbers in their ports and coastal zones.

In late 2018, the German Federal Environment Agency released a report purporting to analyze a set of scrubber discharge water monitor readings provided by Carnival Cruise Lines. The German paper found signs of slightly increased concentrations of metals and various compounds in scrubber water emissions. Applying the so-called "Precautionary Principle", the German paper called for another study before proceeding with open-loop scrubbers under the MARPOL Annex VI scrubber water discharge criteria established by the IMO. In late January of this year, the European Commission (EC), relying principally on the German paper and other calls for further research, weighed in with IMO proposing more studies on scrubber discharge water effects on the environment. At its recently-concluded Pollution Prevention and Response, Session 6 (PPR 6) meeting in February 2019, the IMO agreed to receive more data, indicating that the issue would remain open into Session 7 (PPR 7) in early 2020 and beyond. However, at PPR 6, the IMO also stated clearly that ship owners who had already invested in installing scrubbers meeting the current IMO 2020 criteria should be "grandfathered" and allowed to continue operating their equipment even if the rules for scrubbers and discharge water change in the future.

On Feb. 19, 2019, the Japanese MLIT released its own report based on an analysis of scrubber water discharge within IMO-allowable limits, concluding that no environmentally unacceptable impacts would occur from scrubber operation. The principal basis for the MLIT's conclusion is the immediate and substantial dilution of wash water discharge. Interestingly, and in direct contradiction of the hypothesis of the German report on which the EC bases its demands for IMO delay and further study, the Japanese MLIT concludes that the operation of IMO-compliant scrubbers with HSFO is actually environmentally better overall than combustion of LSFO without scrubbers.

Moreover, DNVGL, an independent classification society recognized as having unsurpassed expertise in marine engineering and environmental science, analyzed the same scrubber water discharge data set as the German Federal Environment Agency in its report released on February 21. This report provides more conclusive evidence that the German and EC alarm over scrubbers is ill-considered. DNVGL found that actual scrubber discharges – operating within the IMO allowable limits – are substantially below all EU water quality standards, including the German waste water ordinance, EU incineration waste water standards, EU surface water standards and even the World Health Organization drinking water standards. Presented in an easily understandable format, and with its methodology fully disclosed and justified, the DNVGL report concludes that scrubber water concentrations of every single metal and PAH regulated by the various comparable German, EU and WHO rules is at least 13 percent below the critical EU or WHO limits. The vast majority of these items – especially those considered most likely to be harmful – are well below 50 percent of the EU and WHO maxima, with many being at one percent or below.

Of further note, the U.S. Environmental Protection Agency's Vessel General Permit regulations for vessel water discharge allows a pH of 6.0, which is significantly higher acidity than the 6.5 pH limitation in the IMO rule.

These recent studies and conclusions bear out the position of the IMO in setting scrubber discharge criteria intentionally to be more conservative than other existing water discharge standards. The IMO's criteria is intended to permit the industry to proceed with no material environmental concerns. The EC's calls for delay in finalization of these standards and suggestion for future study raised uncertainties. However, these February reports, and the IMO's prospective "grandfathering" policy expressed at PPR 6, appear to be significant developments and positive steps toward assuring ship owners and their financiers that the IMO process will be orderly and equitable.

Organisation’s webinar discusses concerns and flaws within the IMO’s proposed Arctic shipping regulation and how it is a ‘fit for purpose’ and ‘a ban in name only’.

Trafigura’s 32 newbuildings to be scrubber equipped

Oil and product tankers are scheduled for delivery from October 2018 to 2019, it says.

Singapore prepares to be LNG bunker ready by 2020, says broker