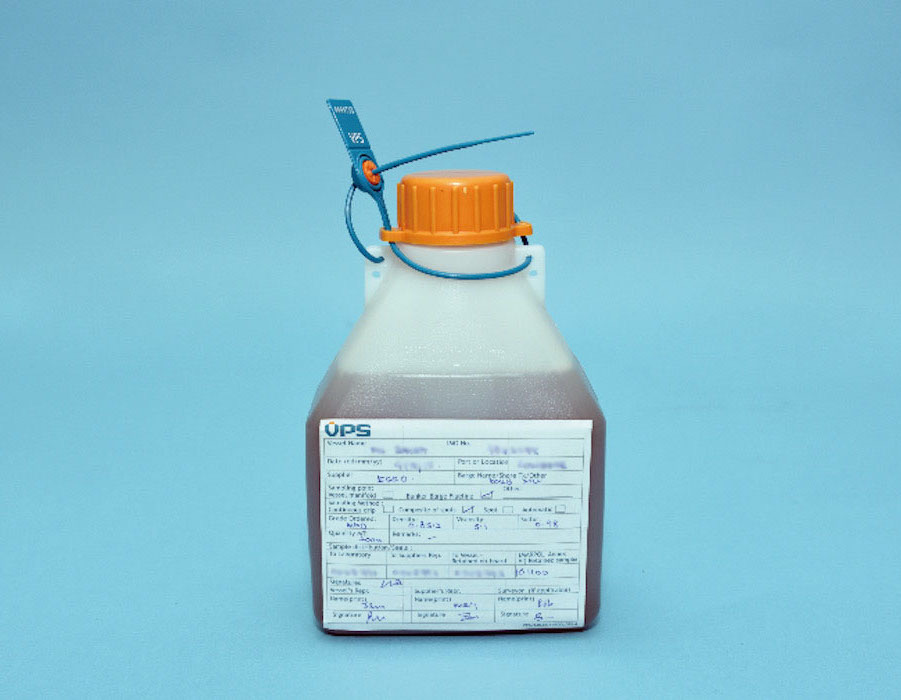 The absence of representative seal numbers in the BDN will considerably weaken any claim case between the buyer and seller of bunkers in the event of a quality dispute.

In many countries, the supplier usually delivers their own samples with the seal numbers of these samples stated in the BDN. This leaves a vessel’s crew to accept the samples and BDN in a “take it or leave it” manner. It’s impossible to align the industry to standardised requirements, when there is no authority taking charge to implement and enforce standardised sampling requirements. The work process differs at each level of the seller ‐ staff at the office agreeing with buyer, but the staff on board the bunker tanker not following through on the agreement reached. Also, the buyer failing to inform the vessel’s staff and the surveyor, when engaged on the agreement they had made with the seller on the sampling process. This miscommunication creates samples taken at different locations and seal numbers not being stated on the BDN, which will not help in a dispute situation.

In most transactions, the buyer decides to purchase the goods once he is satisfied with the quality. In bunkering, the buyer has no clue on the quality of the bunkers purchased until after a sample is drawn and tested.

Singapore, the premier bunkering port of the world, had the foresight to put in place crystal clear regulations on the sampling process via its two local standards – SS600 & SS648. These standards require the sample to be drawn at the vessel’s manifold and that the seal numbers of all the representative samples taken there to be recorded in the BDN. The local standards are applicable within the port limit of Singapore. These local standards do not apply for bunkering operation carried out outside the port limits. Both the buyer and seller can adapt the processes stated in the Singapore Standards as good practice for any bunkering operation in any worldwide location.

The BDN is a legal document that confirms the bunker transaction between the buyer and seller. Stating the seal numbers in the BDN of all the representative samples drawn for any bunkering in any location validates the samples indicated in the BDN in the event of a dispute on quality.

The buyer & seller must formulate a tight and thorough bunker purchase contract in order to protect themselves against claims arising from any dispute on quality. They must contractually agree with the following from the onset of the purchase;

The joint drawing of samples at the vessel’s manifold would be the ideal requirement, as there will be tighter control and it meets the Free on Board (FOB) principle of completing the transaction, only once the product passes the ships rails, as well as meeting the sampling requirements of the MARPOL sample under Annex VI of MARPOL 73/78.

If the seller disagrees with a joint sampling, citing various reasons, then the buyer should get an agreement with the seller to permit the vessel’s C/Engineer to indicate the representative samples drawn by the vessel’s staff & bunker surveyor at the vessel’s manifold.

The drawing of representative samples is crucial. The sampling process is well covered in the Singapore Standards SS600 and SS648, as well as the ISO13739. It is important to flush the line, manifold and the sampling device before beginning with the sample flow (drip) into the sample container. Incorrect work process creates unwarranted disputes in quality.

Even with the strict bunkering controls in Singapore, VPS data shows approximately 20% of international ship owners & operators still do not record the vessel’s samples counter‐seal numbers on the BDN. This shows an ongoing lack of understanding by bunker buyers as to the consequence of such an action. It will not be surprising then to find that in most other bunker ports of the world, such lax understanding by buyers & vessels’ crew is even larger or not done at all because no local bunkering regulations exist. This then means that quality disputes will be much larger in bunker ports other than Singapore.

There will be better control in the collection of samples, the recording of seal numbers & counter seal numbers in the BDN and survey documentation ‐ with the engagement of a knowledgeable bunker surveyor. The bunker surveyor will be the bridge between the vessel’s staff and the physical supplier in these matters. Surveyors can keep their client notified from site on any issues encountered in the bunkering operations and take appropriate & quick action as and when required. The Surveyor’s detailed report will be the third‐party verification of sampling & sealing in the event of a dispute in quality.

Unni Einemo, IBIA Director and IMO Representative, selected as among most influential in maritime.

The Chairman of Chennai Port Trust shares the marine facility’s performance for its financial year.

Alliance expected to invest over SGD 20 million into various sustainability efforts over next ten years to build next-generation of Singapore’s maritime ecosystem.