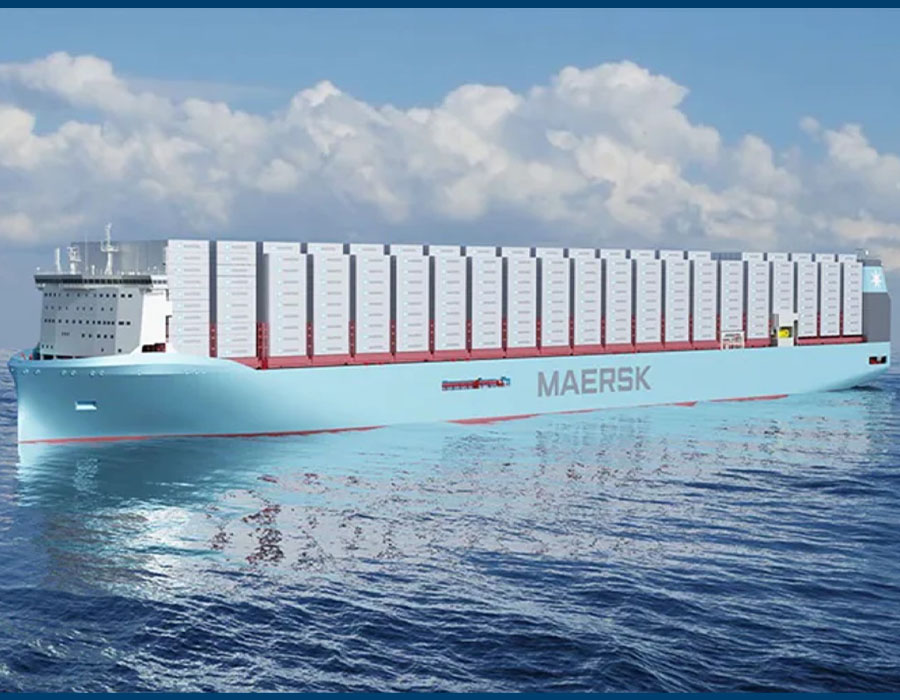 The Climate tech start-up C1 on Thursday (12 January) said it has raised growth capital from Maersk Growth, the Venture Capital Arm of A. P. Møller – Maersk to faster scale their ultra-efficient catalysis, which will enable the mass production of green methanol without the usual premium paid for sustainably produced methanol.

Besides the ability to function as a carbon-based feedstock for various chemical products, green methanol is the most tangible low-carbon bunker fuel alternative to oil for container vessels today.

“We are proud to have partnered with the global pioneer in green shipping in an industry where many fear a first-mover disadvantage. The 19 methanol-enabled container ships they have ordered already are a strong advanced buying signal into the market. We look forward to joining forces with Maersk to make low climate impact shipping a reality,” said Christian Vollmann, who has founded C1 together with renowned chemists Dr. Marek Checinski, Dr.-Ing. Ralph Krähnert and Dr. Christoph Zehe.

C1 said green methanol is the alternative fuel of choice to start decarbonising the shipping industry today and save millions of tons of CO2. However, price and scale remain a challenge.

“With current technology, powering our vessels with green methanol will be much more expensive. We believe in C1’s ultra-efficient catalysis to bring down the price – and scale fast with their decentralised approach,” says Maria Strandesen, Head of Future Fuels Innovation at Maersk.

Starting with quantum-chemical simulations, C1 has invented new ultra-efficient catalysis for green methanol to be produced from waste biomass or CO2 and H2, which will enable green methanol to become cost competitive. Due to the containerized design of the C1-reactor – currently in the pilot stage – production is possible where sustainable feedstocks are available or close to harbours where green methanol is needed to fuel the vessels.

“Green methanol is the most promising way to drastically cut emissions from long-distance shipping at scale in the short term, and we see much traction in that space. We are really excited about C1’s cutting-edge scientific approach, reinventing every production step. Such a level of innovation and attention to detail is key to success, and we believe that their technology can play an important role in decarbonising hard-to-abate industries, including shipping,” explains Peter Votkjaer Jorgensen, Partner at Maersk Growth, their investment in C1.

‘M/T Starway’ completed LNG bunkering operations in Malaysia after delivery, marking the 50th time in two years that EPS has bunkered LNG across its fleet.