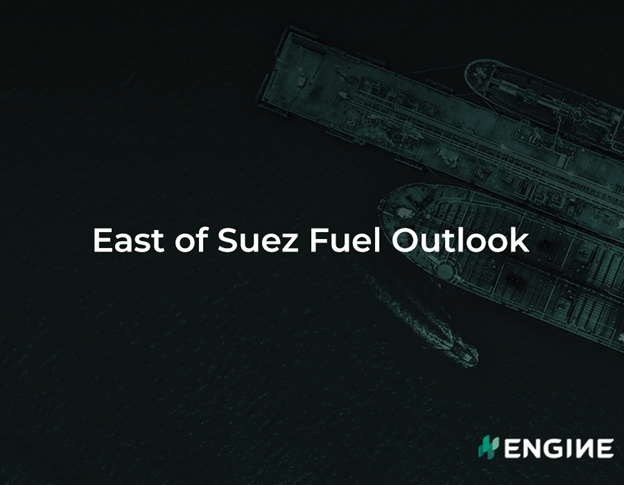 Singapore’s fuel oil stocks rose by 20% in the week to 21 September, according to Enterprise Singapore.

The port’s middle distillate stocks increased by 660,000 bbls over the same period, and have averaged 9% higher so far this month than in August.

Trading activity is likely to remain muted in China next week as the country observes a seven-day holiday called Golden Week from 1-7 October. Most suppliers will accept orders until 29 September for deliveries before 10 October for all fuel grades, sources say.

One supplier can offer all key fuel grades in Hong Kong with lead times of just two days.

Availability of VLSFO and HSFO is normal in Mundra on India’s northwest coast and requires lead times of three days. Recommended lead times for VLSFO delivery in Kandla are 2-3 days.

Visakhapatnam’s VLSFO price has seen some upward pressure recently as only one supplier can provide the grade.

Suppliers in Paradip on India’s east coast have almost run out of VLSFO. VLSFO can be delivered in Haldia with recommended lead times of 2-3 days.

Recommended lead times for VLSFO and LSMGO in Fujairah are eight days, while HSFO is tighter and has a longer lead time of 12 days.

By Tuhin Roy and Nithin Chandran

Decision based ‘on the back of stronger-than-expected performance during rigorous type-approval tests’, bringing total investment to 12 LPG dual-fuel engines.

To coordinate global efforts, the IMO and MPA launched “NextGEN”, a concept for a collaborative global ecosystem of maritime decarbonisation initiatives.