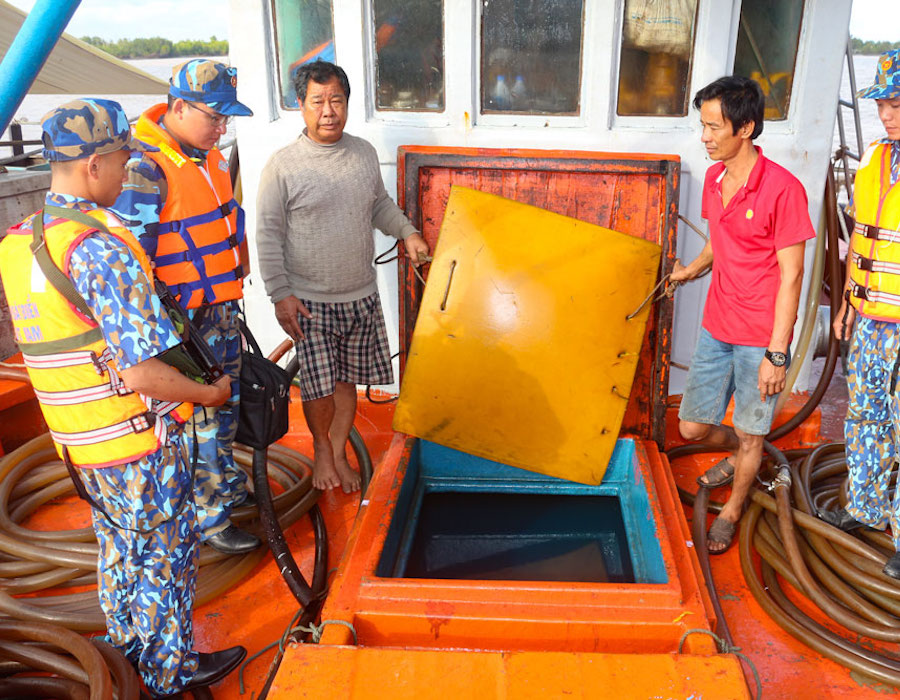 The Vietnam Coast Guard on Monday (9 March) said they have detained a vessel illegally carrying 80,000 litres of undocumented diesel oil.

While on patrol at the Southwest coastal area on Thursday (5 March) at 3.30 pm, the Task Force of Coast Guard Region 4 Command became suspicious of vessel TG 90214 TS.

An initial inspection found five crew members led by a Captain and 80,000 litres of diesel without proper documentation on board.

All evidence has since been confiscated by the team and escorted to Nam Can Ca Mau port to be dealt with in accordance with the law.

Arrested “Marine Oracle” to be released ‘next 48 hours’

Bunker tanker is jointly owned by MPMT, a 50/50 JV firm between Marco Polo Marine and Sinanju.