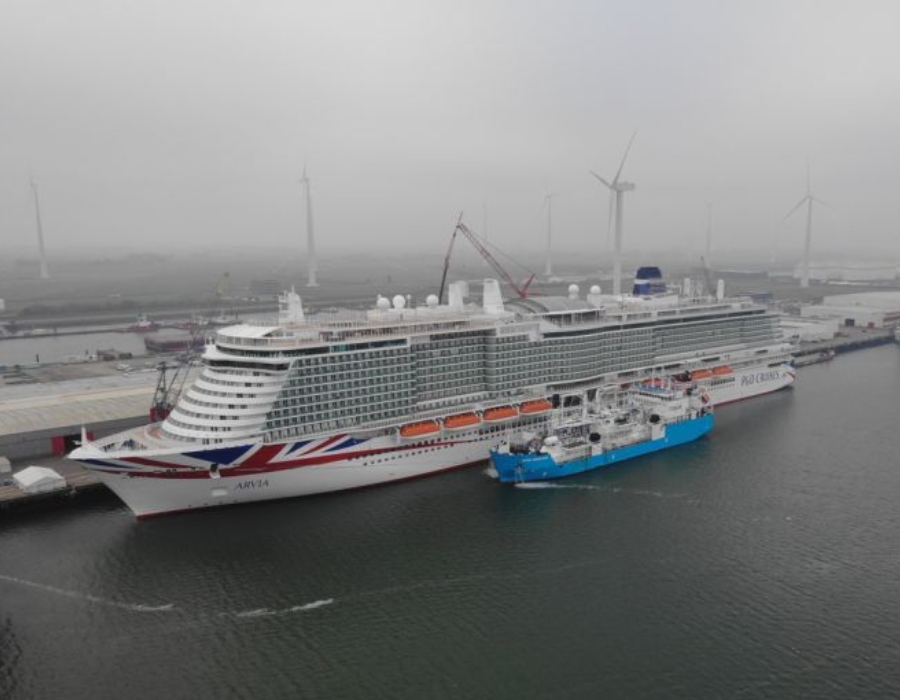 The passenger vessel was built by shipbuilder MEYER WERFT GmbH & Co. KG and is currently on sea trials and final commissioning.

“The Arvia is due for delivery, beginning of December to P&O Cruises. The Green Zeebrugge, owned by NYK Line and chartered long-term by Titan, executed the gassing up and LNG bunker operation to the ‘Arvia’ in Eemshaven,” it said in a social media post.

“This operation would not have been possible without the close cooperation between all parties. We therefore thank everyone involved in this successful operation.”

KPMG has been appointed by Maybank to be receiver for Ocean Success, Marine Topaz and Ocean Supreme, reports The Business Times.