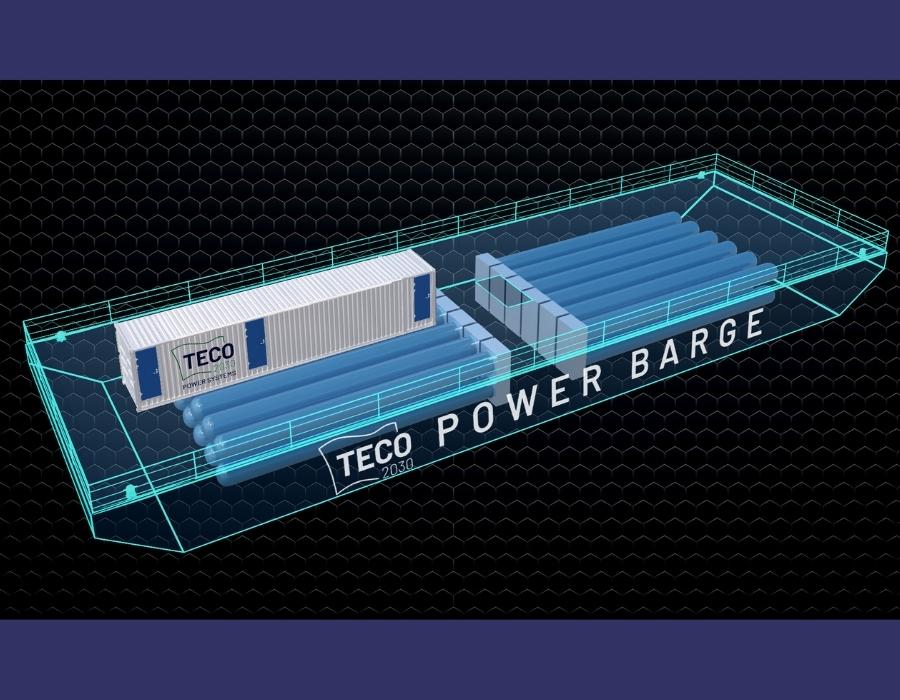 Engineering and equipment development company TECO 2030 on Friday (16 September) said it has launched a new product concept for its containerized fuel cells, the TECO 2030 Power Barge.

“The floating and mobile solution for shore power in locations with insufficient electrical grid and for ships at anchor will become a game changer in reducing and eliminating harmful emissions along our coastlines and in ports. Fuel Cells can be used for almost any application and infrastructure solutions where power generation is needed,” said Tore Enger, Group CEO of TECO 2030.

Overall, the concept is in line with the European Commission’s proposal launched on 14 September to make available over USD five billion for European transport infrastructure projects. The funding will support projects across all EU Member States along the Trans-European Transport Network (TEN-T) a network of rail, inland waterways, ports, and roads that connect Europe.

The TECO 2030 Fuel Cell Generator is a complete hydrogen powered genset that can replace both on- and offshore fossil fueled generators for shore power solutions, strengthening of local grids, emergency generators for data centers and more.

SGMF’s APAC membership comprises around 35 companies from segments including shipowners, ports and shipyards.

BunkerPlanner rule engine is a cloud-based tool that automates decision-making in situations where there are specific rules to operate and bunker vessels.

It has been 23 years since Kyoto Protocol assigned responsibility for climate-changing emissions from ships to IMO, yet progress has been painfully slow.