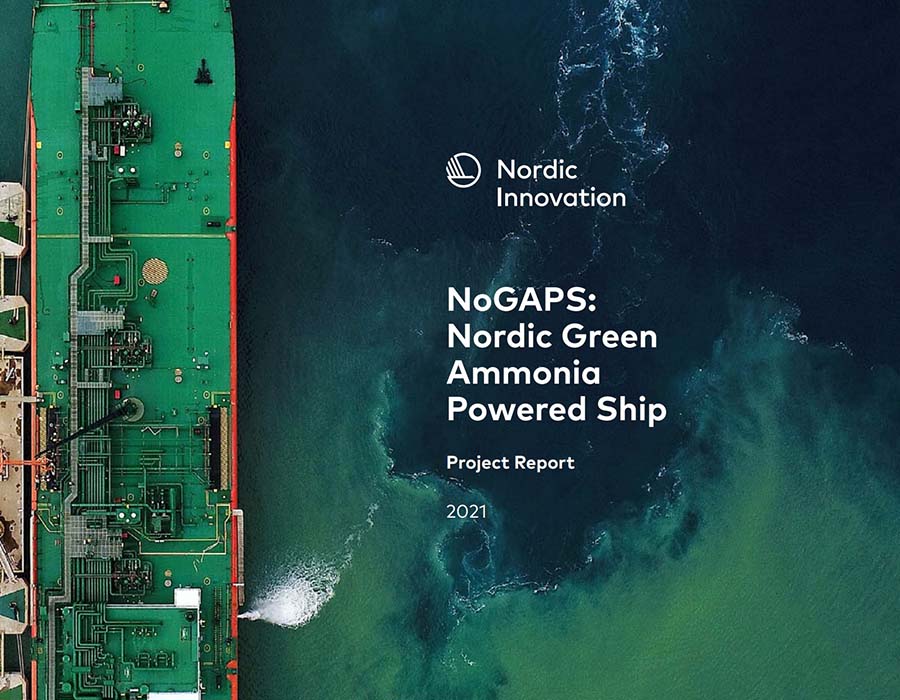 The Nordic Green Ammonia-Powered Ship (NoGAPS) consortium on Wednesday (2 June) shared the concept study for a green ammonia-powered gas carrier; the vessel is able to transport ammonia as a cargo in Northern Europe while using the zero-emission ammonia as a bunker fuel.

“It finds that using green ammonia as a fuel is both practical and feasible. Focus should now be on measures that can strengthen the business case for zero-emission ammonia.”

Among other zero-emission fuels, green ammonia is seen as central to deliver on these objectives due to its potential scalability and application on long-distance routes.

“The NoGAPS study has helped to identify the most pressing problems and possible solutions for ammonia-powered, zero-emission shipping, from the perspective of the entire maritime value chain,” notes Sofia Fürstenberg Stott, Partner at Fürstenberg Maritime Advisory.

“The Nordic region is home to plentiful renewable energy, large-scale ammonia production, and some of the world’s leading shipping companies and engine manufacturers and has an opportunity to build the full value chain for green ammonia-powered shipping on an accelerated timetable.”

The consortium investigated the vessel, the fuel and the fueling options, as well as the business, financing and policy considerations. The major NoGAPS conclusions are:

Due to the currently higher costs of green ammonia relative to conventional shipping fuels, the NoGAPS project reports also outlines a number of measures and complimentary measures from governments that can strengthen the business case for green ammonia-powered shipping.

On the launch of the Nordic Green Ammonia-Powered Ship project report, members of the consortium comment:

“There are no significant technical barriers towards large-scale green zero-carbon ammonia production and ammonia can be delivered at scale reliably and safely to the shipping industry. Yara as a leading ammonia player is planning to set-up large scale green ammonia production in Norway and other regions. All stakeholders including the regulators, governments and environmental agencies should act now to enable the shipping industry to transition towards green ammonia as a fuel. The NoGAPS concept study has proven the viability and credibility of green ammonia as a shipping fuel and Yara believes that collaboration across industries will remove barriers to making this a reality,” says Magnus Ankarstrand, President, Yara Clean Ammonia.

“We have found the NoGAPS study to be an interesting and valuable process, as it has brought together the entire value chain – for example, ammonia producers, energy providers, ship designers, rule makers and engine manufacturers alongside financial institutions – to explore the possibilities of ammonia-powered vessels. One key finding of the study is that it is possible to use green ammonia as a natural choice of fuel for an LPG carrier. There are still areas to be explored, but NoGAPS has taken some big steps along the path to ammonia-powered shipping,” says Hans-Henrik Ahrenst, Performance Manager, Naval Architect, BW Epic Kosan.

Installation of battery system has been further scheduled for the vessel, says Simon Møkster Shipping.

Discusses potential pitfalls with fuel sampling and testing and steps to take ahead of any issues arising.