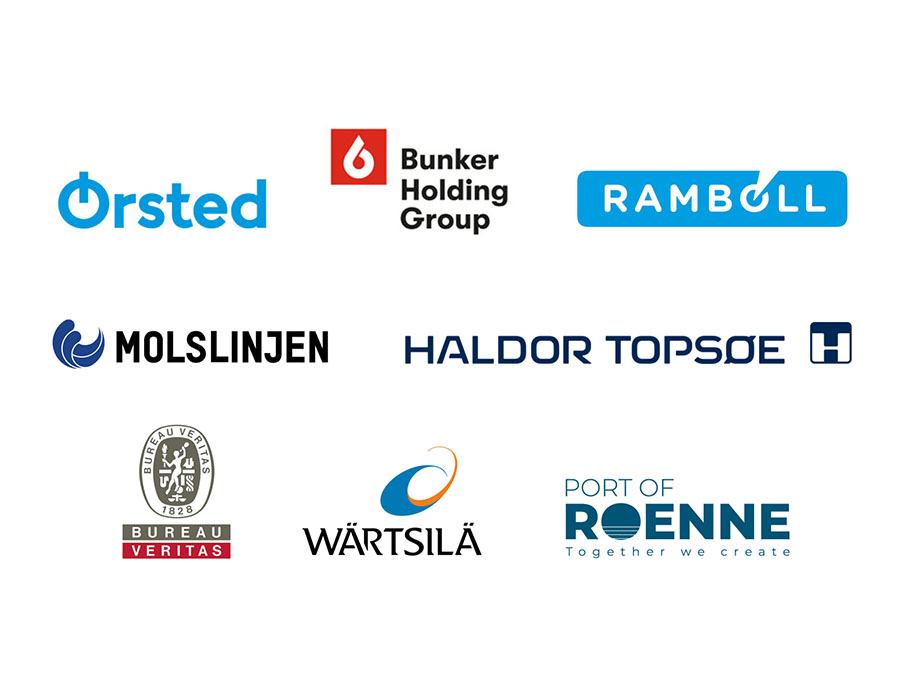 International players on Monday (14 June) launched the Bornholm Bunker Hub where they are testing opportunities to establish a bunkering station with green maritime fuel at Bornholm, according to the Port of Ronne.

Along with the development is the start of a feasibility study to set out the financial potential for supplying sustainable fuels in the Baltic Sea – produced using offshore wind energy.

The project will investigate how local company Power-to-X can support the need for sustainable fuels for the more than 60,000 ships that pass Bornholm in the middle of the Baltic Sea every year.

Bornholm is centrally located in relation to exploiting the great potential of green electricity from offshore wind in the entire Baltic region – not only in Danish waters, but also in Sweden, Poland and Germany.

This means that Bornholm could become a unique energy centre that utilises the regional energy resources to reduce CO2 emissions in society, including shipping.

As part of the project, investigations will also be carried out as to whether it is appropriate to produce green ammonia locally on Bornholm, or whether this should be imported in the first phase.

Statements from the consortium members are as follows:

Anders Nordstrøm, Vice President, Head of Hydrogen at Ørsted, says: “We see great potential in utilising Bornholm as an energy island to meet the Danish government’s ambitious goal of reducing CO2-emissions. Denmark has a unique opportunity to create an industrial position of strength within the production of sustainable fuels for heavy transport and to create jobs in the process. Bornholm’s strategic location makes it also ideal as a hub for green energy solutions, and we look forward to exploring the potential for delivering sustainable fuels for shipping from Bornholm.”

Carsten Jensen, CEO of Bornholmslinjen, says: “Many ships pass Bornholm every day from across the whole Baltic Sea area. The idea of a bunker hub on Bornholm, and investigating the possibility and potential for creating a sustainable business in the future, is an obvious one.”

Jes Nikolaj Knudsen, Senior Product Line Director at Haldor Topsøe, says: “Ammonia produced from renewable energy is a very promising maritime fuel. Green ammonia can be produced from air, water and electricity from wind turbines or solar cells – and as a fuel, green ammonia can remove unwanted emissions from shipping, which today account for 2.5% of global greenhouse gases. At Haldor Topsøe, we have further developed our world-leading ammonia technology to work optimally with the fluctuating energy supply from wind and solar. And we are proud to be able to contribute to Bornholm Bunker Hub, which will be positive for the region’s economy and also reduce CO2 emissions significantly.”

Christoffer Berg Lassen, CCO, Bunker Holding Group says: “Our industry faces an important and very complex task in the near future. In order to solve this task, it is incredibly important that we collaborate across the industry and contribute our individual expertise. A project like this is a good example of how we as an industry can form a common front in working on the green transition.”

Cato Esperø, sales director, Wärtsilä in Norway, says: “At Wärtsilä, decarbonisation is at the top of our agenda. We see the Bornholm Bunker Hub initiative as very interesting in terms of our ongoing development of multi-fuel engines and testing future clean fuels for shipping. We are really looking forward to the experience that participating in such a forward-looking consortium will give us.”

Leif Laszlo Haaning, market director at Rambøll, says: “We are proud to be part of the consortium and thereby shape the development of the green transition. We see great potential in green shipping and PtX in the Baltic Sea and hope that in the consortium we can both mature the technology and create local jobs. We must first carry out a feasibility study so that we can create the right basis for important, future decisions.”

Gijsbert de Jong, Marine Chief Executive Nordics at Bureau Veritas Marine & Offshore says: “In order to accelerate the maritime energy transition, it is crucial to develop not only propulsion technology, but also the availability of green fuels for shipping. The Bornholm project is bringing together all relevant stakeholders to make this happen.” At Bureau Veritas, we will support this exciting project by providing technical and regulatory expertise for the safe storage and handling of alternative green fuels, and by addressing the certification of these fuels to their origins.”

Thomas Bendtsen, chief executive officer, Port of Roenne A/S, says: “We see great opportunities for Bornholm to use its central position as a hub where ships can refuel with sustainable fuels in the future.”