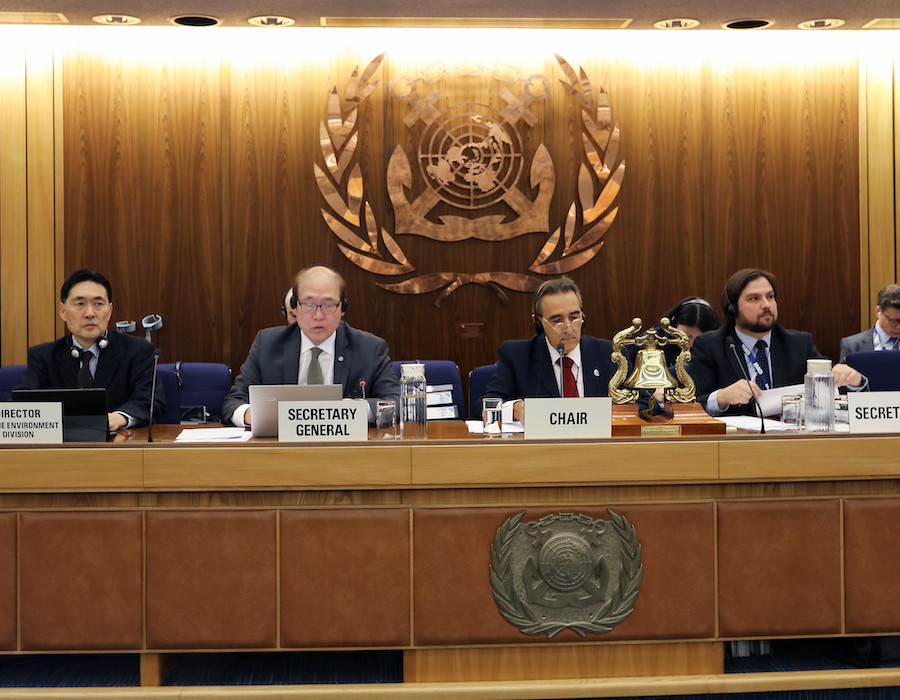 International Marine Organization (IMO)’s Sub-Committee on Pollution Prevention and Response (PPR) on Monday (17 February) began a week-long meeting until 21 February at IMO headquarters to finalise draft guidelines for the verification of the sulphur content of the fuel oil carried for use on board a ship.

IMO 2020, the 0.50% limit of sulphur in ships’ fuel oil, has been in effect since 1 January 2020, cutting sulphur oxide emissions from ships operating worldwide. From 1 March 2020, the carriage ban on non-compliant fuel oil (except for ships with exhaust gas cleaning systems installed) will enter into force, helping to support implementation of the global sulphur limit.

The Sub-Committee will also continue its work on revising the 2015 Guidelines for exhaust gas cleaning systems (also known as “scrubbers”). The revision is aimed at enhancing the uniform application of the guidelines, in light of recent technical developments and experience gathered from  approvals and operation of such alternative compliance systems.

Work on evaluating and harmonizing rules and guidance on the discharges from exhaust gas cleaning systems will begin.

To assist the discussions, a report from a task team established by the Joint Group of Experts on the Scientific Aspects of Marine Environmental Protection (GESAMP) has been submitted. This report contains the conclusions of the task team in relation to the available evidence on the environmental effects of discharge water from exhaust gas cleaning systems, as well as recommendations on the data, tools and approach that could be used as basis for conducting a risk assessment of the possible effects of discharges.

Marine biosafety is also high on the agenda. The Sub-Committee will review a proposed amendment to the IMO Convention for the Control of Harmful Anti-fouling Systems on Ships (AFS Convention), to include controls on the biocide cybutryne. The AFS Convention already prohibits the use of biocides using organotin compounds.

IMO’s work to prevent the spread of potentially harmful invasive aquatic species is continuing. The Sub-Committee will be revising the guidance on commissioning testing of ballast water management systems. Such systems may be used on ships to meet the requirements of IMO’s Ballast Water Management Convention, which has been in force since 2017 and aims to prevent the spread of harmful species in ballast water.

Invasive species can also hitch a ride on the outside of ships. The Sub-Committee will begin its review of the IMO Biofouling Guidelines, which provide a globally consistent approach to the management of biofouling – the accumulation of various aquatic organisms on ships’ hulls.

The Sub-Committee will carry on with agenda items aimed at minimizing the impact of shipping on the fragile Arctic environment. It is expected to progress work on developing measures to reduce the risks of use and carriage of heavy fuel oil as fuel by ships in Arctic waters; and on reducing the impact on the Arctic of Black Carbon emissions from international shipping.

‘Stark reminder of the need to urgently ban the use and carriage of heavy fuel oil by Arctic shipping.’

Interest in plug-in and charging technologies for e-ferries and hybrids vessels in Asia ‘growing’, says Cavotec.

Golden Bridge 2 had about 104,000 litres of bunkers onboard when it sank at Chao Phraya River on Tuesday.