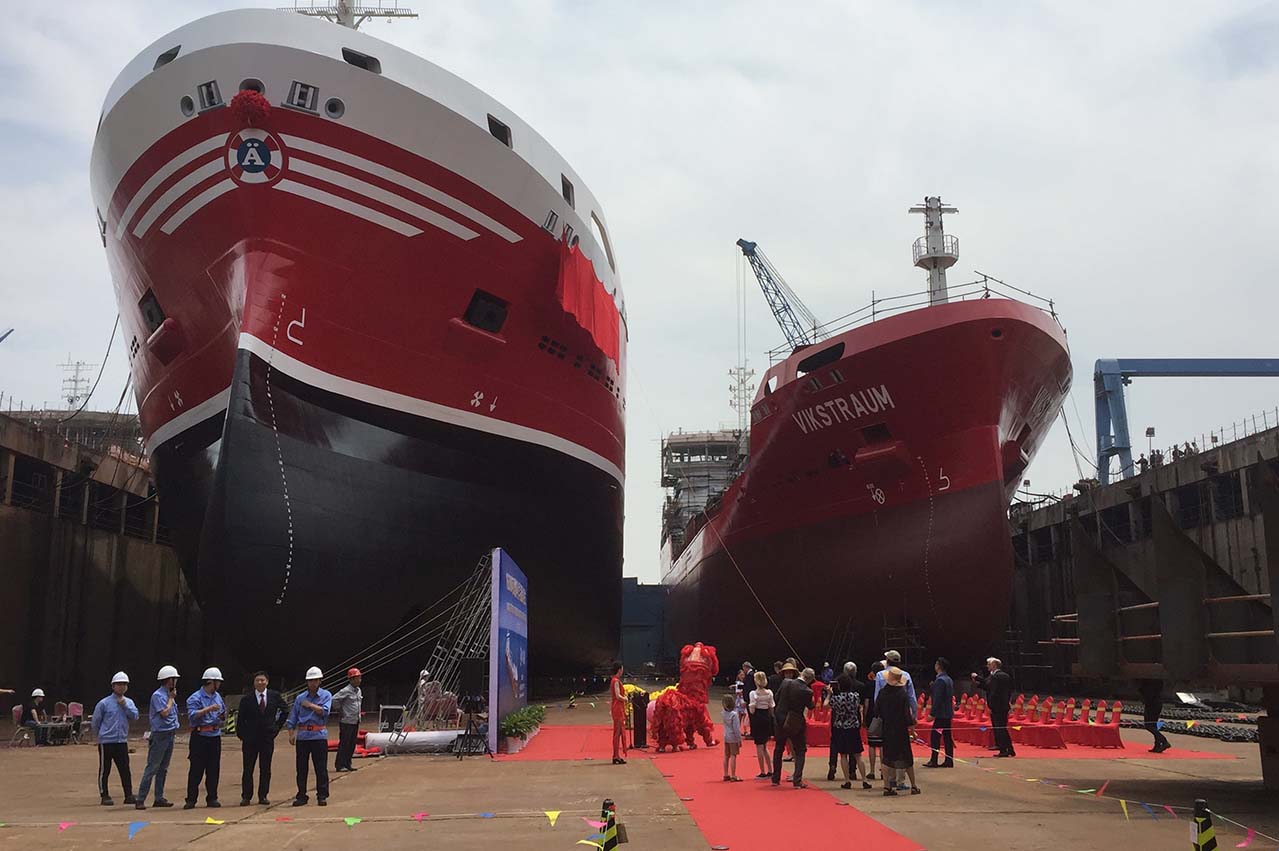 The 16,300 dwt vessel is number six of 7+1 tankers ordered as part of the Gothia Tanker Alliance series.

The FKAB design is an ice class 1A environmental friendly tanker, equipped with batteries and dual fuel engines for LNG operation.

It has entered into an agreement with Gasum Group subsidiary Skangas in October 2018 for the supply of LNG as a marine fuel.

‘LNG is playing an increasingly important role as a low-emission fuel in the cruise industry, as well as for container ships,’ says CEO of Hamburg Port Authority.