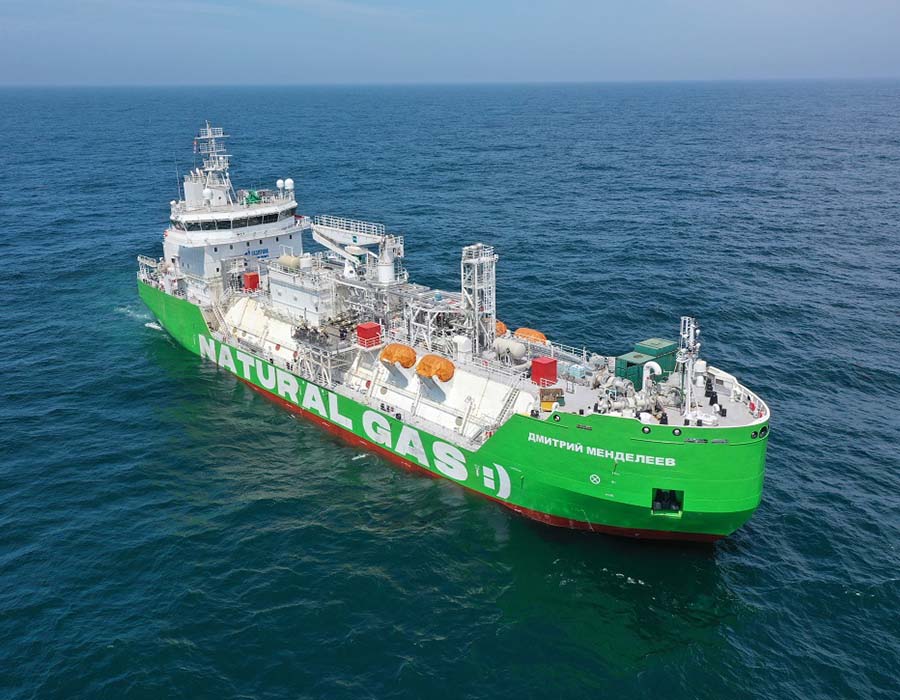 Russian oil major Gazprom Neft on Friday (13 August) said it has completed construction of Russia’s first ever liquefied natural gas (LNG) bunkering vessel Dmitry Mendeleev which will shortly begin its maiden voyage towards its fixed berthing in the Baltic Sea.

This bunkering vessel, named after the great Russian chemist Dmitry Mendeleev, will provide ship-to-ship LNG transportation and refuelling at ports throughout the Gulf of Finland and the Baltic Sea – including St Petersburg, Ust-Luga, Primorsk, Kaliningrad and Vyborg.

“LNG is going to play a key role in the decarbonisation of maritime transport, in the medium term. Thanks to its high environmental and performance features, LNG is set to take a significant market share in sales of marine fuels in international shipping,” said Anatoly Cherner, Deputy Chairman of the Management Board, Gazprom Neft.

“In successfully implementing Russia’s first project to build an LNG bunkering vessel, Gazprom Neft has, effectively, created a new market sector for the country – in marine gas motor fuel – from scratch. This year will see us starting commercial LNG operations in the Baltic region.”

The vessel is 100 metres in length, 19 metres wide, and can transport up to 5,800 m3 of liquid natural gas. Its Arc4 ice-class reinforced hull means it can navigate one-year-old ice (of up to 80 cm thick).

The latest shipbuilding and LNG transportation technologies have been utilised on the Dmitry Mendeleev project, in line with the most recent environmental standards governing maritime transport and LNG refuelling processes.

The Dmitry Mendeleev is also environmentally friendly, in that it will be using tank-return gas (TRG or “boil-off” gas) from transported cargo as fuel for its onboard power plant. All LNG-bunkering equipment is fully compliant with MARPOL and ECO-S environmental standards. Its integrated digital system means the vessel can be controlled by just one crew member, directly from the navigation bridge.

Another Gold rating reflects Innospec’s continued focus on ESG and its commitment to sustainability and transparency, says Patrick S. Williams, President and CEO.

Duo are now offering fuel deliveries for all vessel types and sizes including VLCCs and Capesize, both ballast or laden, in Algoa Bay, South Africa.