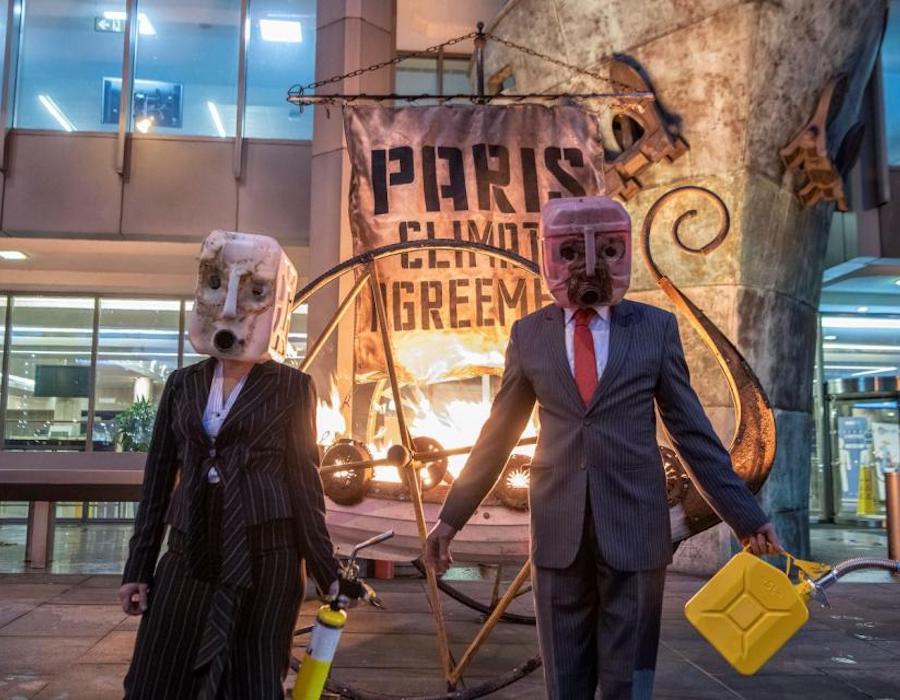 A group of environmental NGOs including Pacific Environment, WWF and the Clean Shipping Coalition – of which T&E is a member have on Tuesday (17 November) said governments have backtracked on their own commitments to urgently reduce climate-heating emissions from the shipping sector, environmental organisations have said following a key meeting of the International Maritime Organisation (IMO).

In a joint statement, the NGOs noted the IMO’s marine environment protection committee approved a proposal that will allow the shipping sector’s 1 billion tonnes of annual greenhouse gas emissions to keep rising for the rest of this decade – the very decade in which the world’s climate scientists say we must halve global greenhouse gas (GHG) emissions to stay within a relatively safe 1.5°C of global warming, as committed to under the Paris Climate Agreement.

“The IMO has given the go-ahead to a decade of rising greenhouse gas emissions from ships. Europe must now take responsibility and accelerate implementation of the Green Deal,” said Faïg Abbasov, shipping director at T&E.

“The EU should require ships to pay for their pollution in its carbon market, and mandate the use of alternative green fuels and energy saving technologies. Across the world nations must take action on maritime emissions where the UN agency has utterly failed.”

As acknowledged by many countries in the talks, the approved proposal breaks the initial IMO greenhouse gas strategy in three crucial ways.

“As scientists are telling us we have less than 10 years to stop our headlong rush to climate catastrophe, the IMO has decided that emissions can keep on growing for 10 years at least,” added John Maggs, president of the Clean Shipping Coalition and senior policy advisor at Seas At Risk.

“Their complacency is breath-taking. Our thoughts are with the most vulnerable who will pay the highest price for this act of extreme folly.”

Nations should act swiftly to set carbon equivalent intensity regulations consistent with the Paris Agreement for ships calling at their ports; require ships to report and pay for their pollution where they dock, and start to create low- and zero-emission priority shipping corridors.

Investment to be used for the development of 75 battery containers for maritime application, 14 docking stations and 45 electrified inland vessels.

Partnership will expand the scope of the PIER71 initiative to better support Singapore’s growing maritime technology or MarineTech start-up ecosystem.