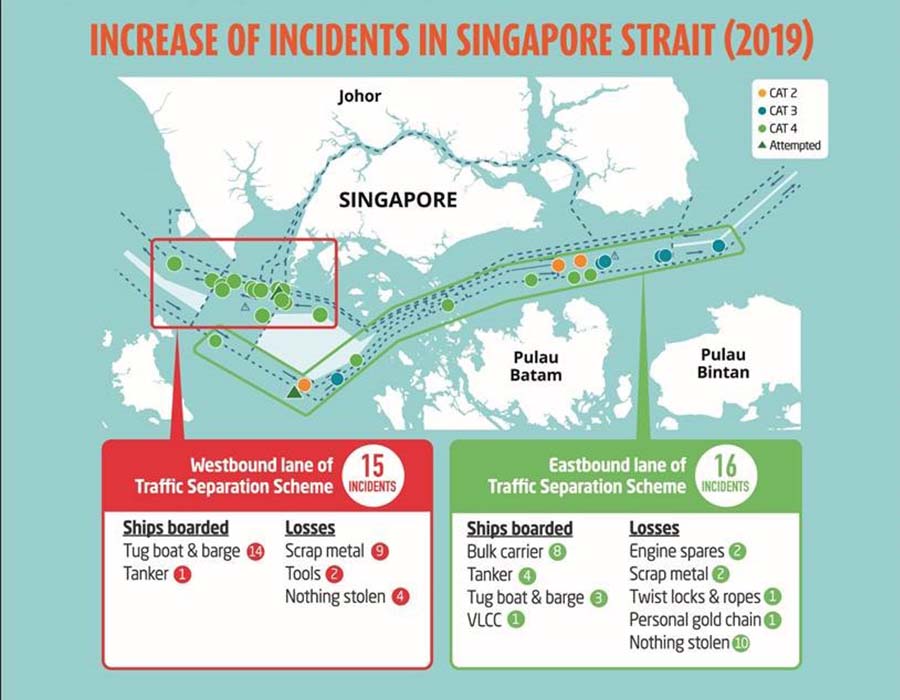 The ReCaap Information Sharing Centre (ISC) on Wednesday (15 January) released its Annual Report 2019 highlighting piracy and armed robbery rates against ships in Asia during January to December 2019. Highlights of the report are as follows:

Situation in the Singapore Strait

Situation in the Sulu-Celebes Seas and Waters off Eastern Sabah

The Annual Report 2019 was released at the 11th Nautical Forum in Singapore which was attended by more than 120 participants from shipping companies, industry associations, government agencies, diplomatic missions as well as academic institutions.

“The 15% year-on-year increase in the actual number of incidents in 2019 as well as a spike of incidents in the Singapore Strait are a stark reminder that government agencies and the shipping industry should continuously uphold their respective efforts as a shared responsibility,” said ReCAAP ISC Executive Director Masafumi Kuroki.

“Regional cooperation among coastal States and mutual cooperation between government agencies and the shipping industry are key to ensure the safety of seafarers and safe navigation of ships,” he concluded.

The ‘New Regional Dynamics & the Move to a Green Shipping Future’ conference will be held physically at the Raffles Hotel in Turkey, Istanbul on 22 June.

Measures extended to arriving vessels with recent travel history from mainland China, Iran, northern Italy or the Republic of Korea in the past 14 days.