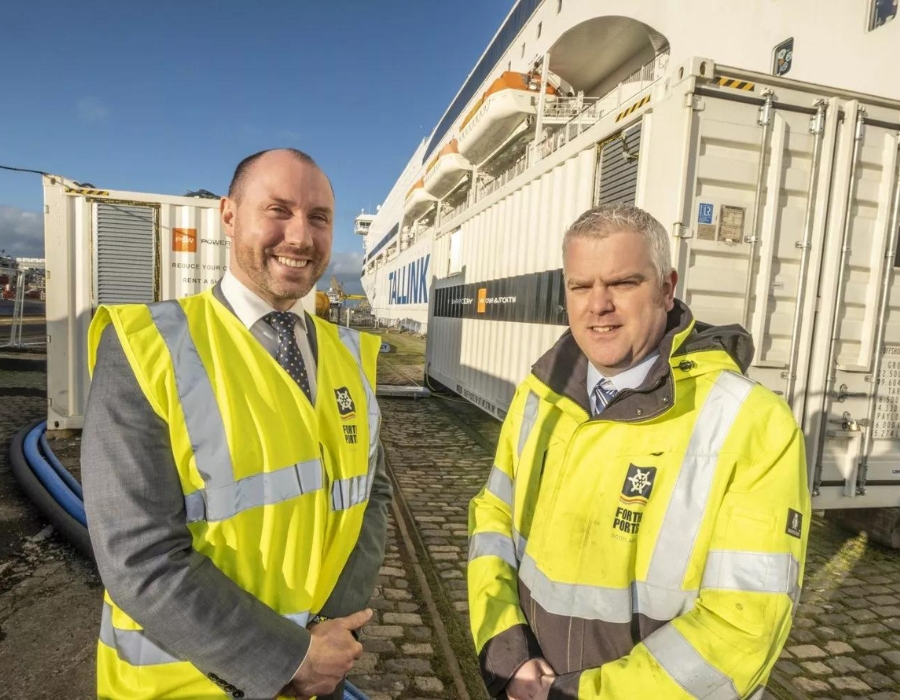 The Port of Leith has become the first large mainland commercial port in Scotland to provide a shore power connection, according to UK port group Forth Ports on Thursday (5 January).

The Victoria 1, which is currently being provided by the Scottish Government to accommodate Ukrainian refugees, is the first vessel to receive this connection within the Imperial Dock in the Port of Leith. By switching to shore power, the vessel is now able to switch off all of its fossil fuel powered generators, and with Forth Ports’ electricity being provided through non-fossil fuel generation, this is a significant step forward on the journey to net zero for the port.

The electrical network in the port has been extended and integrated to the vessel’s systems though a PSW Power & Automation shore power transformer. This setup is being further developed in the port’s Harbour Berth where it will be offered to offshore construction vessels which use Leith as their home port. This further expansion will be online later this month.

The Port of Leith is currently undergoing a major transformation to create Scotland’s largest renewable hub, including the development of a new deep water outer berth which will also be shore power enabled.

David Webster, Director of Energy at Forth Ports said: “As a business we are committed to reducing the emissions from our operations and we are encouraging shipping to do the same. This major civil engineering project to introduce shore power in Leith is a significant milestone for our business in Scotland and we are pleased that the Victoria 1 is now powered by mains electricity. We look forward to offering shore power to our other vessels visiting the port in 2023.”

Minister with special responsibility for refugees from Ukraine, Neil Gray, said: “Scotland has legislated for some of the world’s most ambitious climate change targets and we will be a net zero nation by 2045. This is a great example of business taking action that will benefit us all. We’re grateful for the work undertaken by Forth Ports to make this happen. The MS Victoria is providing safe accommodation for displaced people from Ukraine and it’s an added bonus that it is now powered by mains electricity.”

Shipping industry needs an alternative to fossil fuels, but which one? Asks Senior Lecturer at University of Manchester.

Creditors of the companies are required to send in their names and address with particulars to the liquidator on or before 31 December 2020.

Recommends use of quality, high-end materials after experience from more than 1,500 EGCS installations.