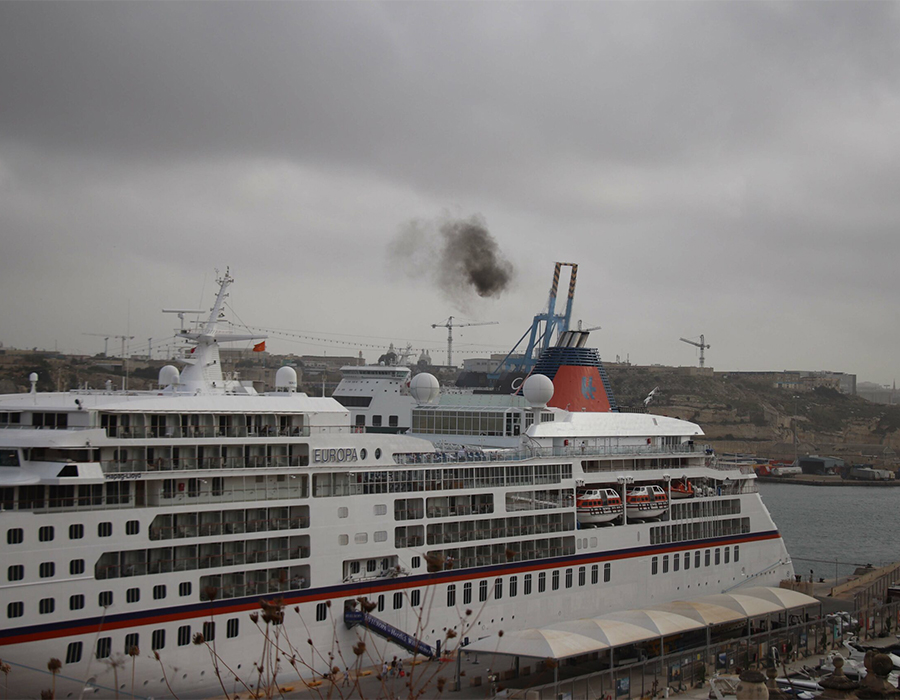 Non-governmental organization (NGO) BirdLife Malta on Saturday (4 December) said a proposal to declare the Mediterranean Sea an area where ships are obliged to switch to a cleaner fuel has so far gained the support of various Mediterranean states, but Malta is still not declaring its position on the motion.

Environment Ministry officials attending the COP22 – the meeting of the Contracting Parties of the Barcelona Convention – being held in Antalya next week (7-10 December), are being urged to support the designation of an Emission Control Area (ECA) for sulphur emissions.

A Mediterranean Emission Control Area (MedECA) has been the focus of years of campaigning by various partners in the Mediterranean region. The establishment of such an area would mean that any ships (from cargo to cruise liners) transiting the Mediterranean Sea or stopping at ports like Malta’s Grand Harbour and the Freeport, use fuel with a lower sulphur content, with the resulting benefit being lower emissions of sulphur oxides (SOx) in the air, it states.

Sulphur emissions in the air are associated with negative impact on the human respiratory system as well as adverse effects on vegetation, freshwater, soils, and the general state of ecosystems.

The proposal being tabled for a vote is an amendment to Regulation 14 of MARPOL Annex VI, regulations which are part of an international convention to prevent pollution from ships, as governed by the International Maritime Organisation (IMO).

The end result would be a Sulphur Emission Control Area (SECA) – considered a first step in a gradual shift to cleaner fuels from shipping which is expected to see further shifts to lower nitrogen content, as has been the case with the establishment of Sulphur and Nitrogen Emission Control Areas in the North and Baltic Seas in Europe.

Malta has one of the largest shipping registers in the world and situated just southwards of the main shipping routes between the Suez Canal and Gibraltar, it has a very influential position at both Mediterranean and global level. Meetings held with Environment Ministry officials encouraging Malta to support the motion have so far remained non-committal on the matter, with concerns sounded on the economic impact of such a measure.

Experts of the Together Against Air Pollution from Ships group of which BirdLife Malta forms part, have however discounted such claims, saying that any increase in shipping costs brought about by shifts to cleaner fuel would be negligible at the consumer end, with health benefits in terms of ailments associated with air pollution far outweighing even economically such a shift.

BirdLife Malta re-addressed the issue with a letter to Minister Aaron Farrugia earlier this week, with Malta’s position seemingly unchanged on the issue.

Commenting on the matter, BirdLife Malta’s CEO Mark Sultana said: “While the vote proposing the Mediterranean Sea as a Sulphur Emission Control Area is expected to gain the support of most Mediterranean states, we would like to see Malta be on the right side of history when it comes to ensuring cleaner air at our ports and just outside our shores.”

“We urge Minister Farrugia to support this motion without hesitation, keeping in mind the thousands of citizens that live around our harbours.”

The vote on the MedECA for Sulphur is expected to be taken on 8 December.

The Regional Marine Pollution Emergency Response Centre for the Mediterranean Sea (REMPEC), an IMO administered body, has earlier this year issued a video about the matter, highlighting Malta’s non-supportive stance of the motion.

The Managing Director of Aderco explains to Manifold Times the reasons why current off-spec cases at Houston and Singapore are just the tip of the iceberg.

Application was approved on 25 March and all creditors should file their proof of debt with the appointed Liquidators who will be administering the process.

Two board members, namely Patrick Holloway of Webber Wentzel Attorneys and Adrian Pask of BP Marine, will be stepping down at the end of their elected terms.