Infospectrum: Climate, Covid, and Commodities are the “New Three C’s” of maritime risk 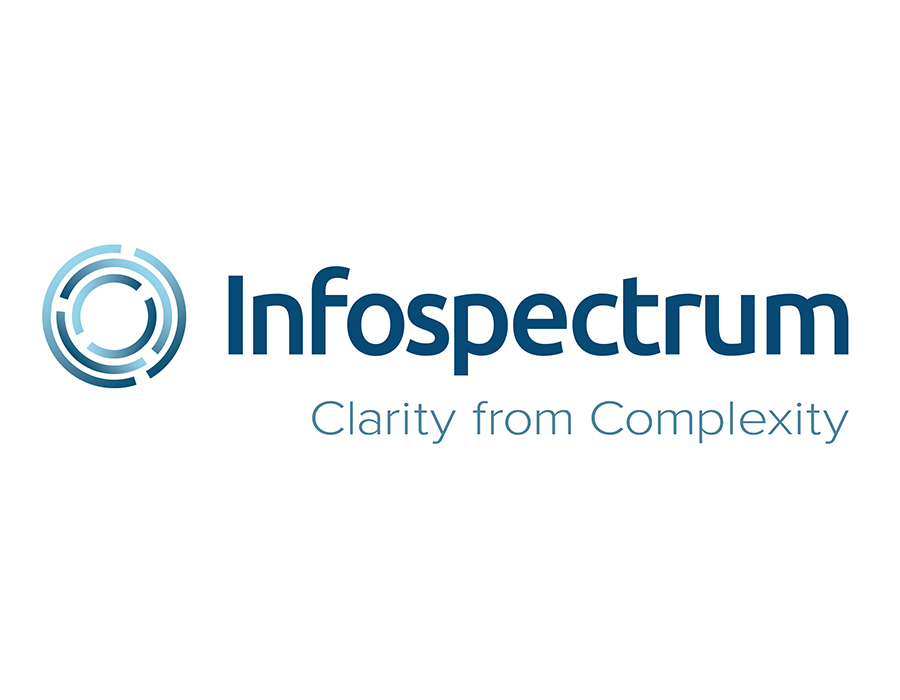 With an eye on 2022 and beyond, contextualising the “Three C’s” of creditworthiness (Character, Capacity and Capital), Infospectrum highlights the collective and increasing relevance of the “New Three C’s”, namely, Climate, Covid, and Commodities to maritime risk:

The uncertainty and volatility associated with these “New Three C’s” are expected to increasingly play a key role in counterparty risk appraisal in the near term.

The International Maritime Organisation (IMO) has passed two significant emissions reduction regulations, which will come into force on 1 January 2023. More commonly known by the abbreviations EEXI (Energy Efficiency Existing Ship Index) and CII (Carbon Intensity Indicator), these will cover technical design and annual operational performance parameters for vessels, respectively. While regulatory compliance with these upcoming standards will be the bare minimum requirement for a vessel to operate, the levels of preparedness, or indeed awareness, appears to vary significantly amongst ship owners/operators, with many, understandably, still awaiting clearer guidance before committing to sizeable, long-term investments where the cost of taking the ‘wrong path’ as an early adopter can be substantial.

Beyond regulations, all stakeholders, including increasingly discerning charterers, are rigorously revaluating supply chains in order to minimise their associated carbon footprint. We are already seeing charter pricing premiums for greener ships, and vessels fitted with Energy Saving Devices (ESDs) are likely to have a competitive advantage by avoiding slow steaming, which may otherwise be necessary for emissions compliance relative to a similar vessel without an ESD installed. Alternative fuel systems may seem to still be on the periphery of techno-commercial feasibility necessary for widespread adoption, but progress is being made. In addition to promising ESD retrofits, digital offerings (including voyage optimisation) are helping to clear the shipping industry’s path to decarbonisation.

More regulation and activism are expected. Whether these bring a carbon tax, emissions trading systems, or opportunities for offsetting carbon, the administrative and financial burden on ship owners/operators will increase. Regional regulations on emissions reductions, such as the European Commission’s inclusion (from July 2021) of maritime transport under the EU Emissions Trading System, or government commitments such as the Clydebank Declaration for green shipping corridors agreed at the recent UN COP26 climate conference in Glasgow, could potentially provide blueprints for scaling-up globally or, conversely, fragment markets into multiple trading zones. Compliance with climate regulation will require re-design of processes through such measures as the introduction of emissions reduction clauses in charterparties, and possibly the shortening of chartering chains. Building associated support infrastructure (especially at ports) will be key. Moreover, green credentials for financial support may make the link between an asset’s emissions profile, and access to liquidity, increasingly direct.

Infospectrum’s September 2021 whitepaper provided a preparatory framework with which to evaluate “Emissions Reduction and Mitigation in Shipping” and considered the many aspects of the maritime industry’s transition to “net zero carbon”. We are now closely monitoring the rapidly evolving standards, tracking best practices, and identifying potential weaknesses in compliance with climate regulation. Ultimately, a counterparty’s ability to meet stakeholder expectations and regulatory compliance, while managing increased administrative, operating, and financial burdens, will depend upon the sustainability of its business model in the decarbonisation transition era.

The recent emergence of the Omicron variant highlights the uncertainty surrounding the Covid-19 pandemic’s evolution, governments’ reactions to it, and the wider economic implications. To deal with the economic fall-out, governments globally have embarked on fiscal stimulus programmes that have fuelled a resurgence in demand for commodities and consumer goods. The most visible impact has been in the container shipping industry, where cargo volumes between Asia and North America in the first seven months of 2021 are said to have increased by 27% on pre-pandemic levels. Existing pre-Covid-19 supply-side vulnerabilities, such as East-West port infrastructure productivity differentials, have compounded, and new ones have appeared, including crew quarantines, local port shutdowns and labour shortages. Following the boom in containerised ocean freight rates, cash-rich owners have returned, perhaps unsurprisingly given historical cyclical precedents, to the newbuilding market. The resulting debt/capex exposures of some operators will require close monitoring, especially when the cycle moves towards its inevitable correction.

Beyond container operators, more generally, the demand stimulus coupled with supply side disruptions has fuelled inflationary pressures. The uncertainty around economic recovery has meant that central banks have allowed for a more accommodative monetary policy. This may change. After years of near-zero interest rates, the pressure of servicing debt in a rising interest rate environment, will require close monitoring.

The pandemic has reignited discussions around near-shoring, diversification of production facilities, and shifting from a ‘just-in-time’ to a ‘just-in-case’ business model. The significance of these discussions will be determined by the practical difficulties faced by organisations to reverse decades-old business strategies and capital allocations, and by the importance given to de-risking supply chains in light of recent events.

Of the commodities markets, The Economist notes “The 2000s were about supercycles. The 2020s are about supermayhem”. Although not without volatility, the supercycle phase largely centred on Chinese demand for raw materials as it urbanised and industrialised. However, as the world economy transitions to a more climate-compliant norm, with newer technologies under development, shifts in the composition of the commodity mix can be expected to gain further momentum. Adding to this, recent protectionist tendencies, nearshoring trends, and climate attributable market segmentation, in addition to the tonnage-mile profile, may face a period of adjustment.

While oil demand is not expected to peak for another decade (maybe longer), and COP26 participants have agreed to “phase-down” (instead of “phase-out”) coal, in the long-term, global demand is expected to shift away from hydrocarbons towards electrification. The intergovernmental organisation, International Energy Agency (IEA), forecasts that supply of minerals such as copper, lithium, nickel, cobalt and rare earth elements will need to be increased significantly. An IEA report dated May 2021 states that “Today, revenue from coal production is ten times larger than that from energy transition minerals. However, there is a rapid reversal of fortunes in a climate driven scenario, as the combined revenues from energy transition minerals overtake those from coal well before 2040.”

As countries scramble to secure mineral supplies, it is important to consider the broader environmental, social and governance (ESG) related risk factors. For instance, more than 70% of the world’s cobalt is mined in the Democratic Republic of Congo, a country which presents certain operational and ESG challenges. China has already established its mineral supply chains, and by some estimation, processes 72% of the world’s cobalt and 61% of its lithium. China’s 2020 unofficial ban of Australian imports in retaliation for Australia calling for an investigation into the origins of the Covid-19 pandemic shows trade policy may be put to political use. More recently, US, Australia, Canada, and the European Commission, have all announced independent policies to secure mineral resources.

In the meantime, climate change has a more immediate, short-term impact. Reports suggest that unseasonal or extreme weather events are causing supply disruptions with increasing frequency. 2021 alone saw droughts in Argentina, floods and droughts in Brazil, floods in China and India, and extreme heat in California (US). Weather events in Brazil, Indonesia, and Vietnam are understood to have resulted in a significant spike in coffee prices globally in 2021, while Asian flooding impacted coal mining and deliveries. Weather can obviously impact logistics too; the low draught conditions brought about by the drought-hit Paraná river in south-central South America resulted in global supply tightness in the iron ore trade by reducing mining giant Vale’s barges’ cargo carrying capacity. In some cases, the supply disruptions are attributed to climate compliance, such as the 20 Chinese municipalities that ordered local coal power plants to shut to reduce emissions and improve air quality.

Additionally, governments have been intervening in markets to influence pricing. In late October 2021, China’s National Development and Reform Commission (NDRC) imposed price caps on domestic coal at pit heads and terminals, a move that halted the price rally, impacting a number of speculative coal traders. Since June 2021, China has (multiple times) also released aluminium, copper, and zinc from its strategic reserves, in order to deflate prices. The quantities released remain small but signal the government’s position. For instance, a group of countries, led by the US, and joined by China, Japan, South Korea, and India, have authorised a minimal release of crude oil from strategic reserves, as a political tool to bring OPEC+ producers’ cartels to the table.

With changing demand dynamics, supply side disruptions, and increasing government intervention, the commodity sector is destined to see increasing volatility. The maritime industry will have to closely monitor the impact of the resulting risk for cargo-owning clients, while also bracing for the operational impact of a changing commodity-and-tonnage-mile mix.

Challenging Change: 2022 and beyond

The maritime sector is bound for transition of unprecedented scale, bringing significant (but uncharted) regulatory, technical and financial challenges. The “New three C’s” will test the limits of a hitherto responsive maritime industry. Infospectrum’s risk assessment framework is ready for the challenge.

Zhoushan's VLSFO bunker prices rose by 19% from January to February to around $508/t, with Ice Brent crude rising by 25% over the same period, reports Argus Media.