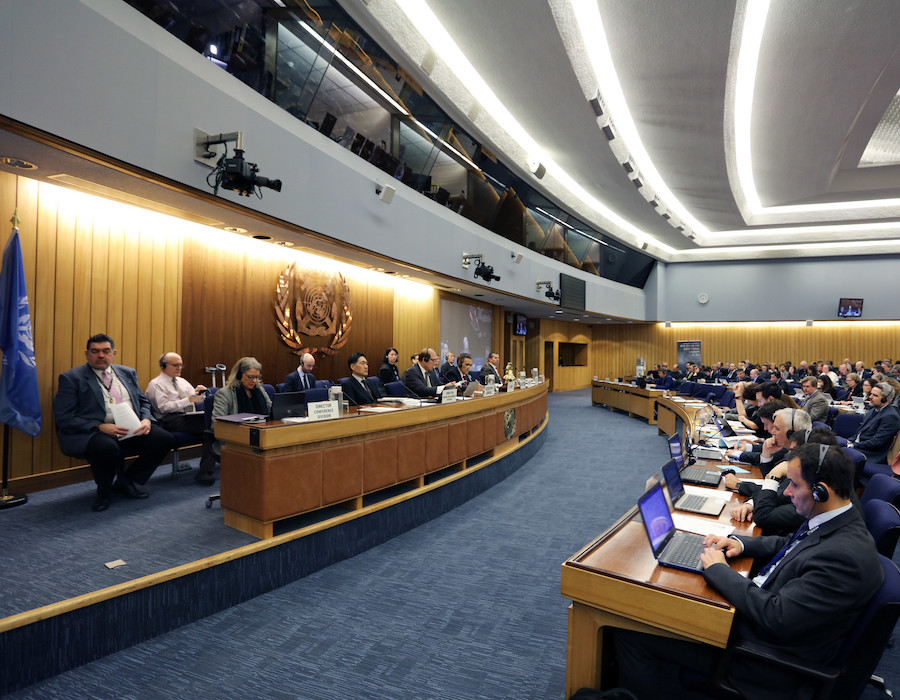 The International Bunker Industry Association (IBIA) has  published an update informing of a plan by IMO to develop a ‘common approach for assessing potential environmental impact’ of scrubbers:

A scope has been drafted for factors to consider when assessing the discharges from exhaust gas cleaning systems, or scrubbers, as part of the IMO’s work to harmonise rules and guidance on the subject. There have been unilateral moves to implement restrictions on the use of open loop scrubbers in a number of ports and countries. The IMO’s Marine Environment Protection Committee (MEPC) therefore agreed, at its last session in May 2019 to ask the Sub-Committee on Pollution Prevention and Response (PPR) to look into how the approach to scrubber discharges might be aligned under an IMO framework.

Discussions during PPR 7 in February showed the very different concerns raised by the various member States and NGOs present, which was also evident from the papers submitted to the meeting.

Among the submissions was a report from a task team on EGCS established by the Joint Group of Experts on the Scientific Aspects of Marine Environmental Protection (GESAMP). The 120-page report (PPR 7/INF.23) contained the task team’s conclusions based on assessing the available evidence on the environmental effects of discharge water from EGCS, as well as recommendations on the data, tools and approaches that could be used as basis for conducting a risk assessment of the possible effects of discharges.

While the work done GESAMP was appreciated, concerns were also raised by CLIA in a commenting paper (PPR 7/12/6) that the report appeared to have given little weight to studies providing the most comprehensive analysis data from actual washwater samples, whereas it placed considerable reliance on a German study that presented only preliminary findings drawn from a very limited data set. IBIA was among PPR 7 delegates sharing that concern and made a statement in plenary about the importance of avoiding bias and making decisions based on solid science.

After an extensive discussion in plenary, it was agreed that the focus should be on developing a common approach for assessing potential environmental impact on sensitive areas, not on an overall global assessment, though that may be raised in the future. Possible future regulatory measures should be based on scientific knowledge and risk assessments. The PPR 7 Working Group on Air Pollution, which IBIA took part in, was tasked with developing the scope further.

Following the working group’s deliberations, PPR 7 agreed to recommend to the MEPC that the work should be carried out under the title “Evaluation and harmonization of rules and guidance on the discharge of discharge water from EGCS into the aquatic environment, including conditions and areas”. It was also proposed to consider involving GESAMP again for scientific advice.

The scope of the work should be development of risk assessment guidelines for the evaluation of possible harmful effects of the discharge water from EGCS, and impact assessment including considerations that may be specific to each area. Also included is establishing a database of substances identified in EGCS discharge water, covering physico-chemical data, ecotoxicological data and toxicological data that can be used for risk assessment purposes.

Other aspects to be covered include developing guidance on delivery of EGCS residues to port reception facilities, and regulatory matters. The latter would include assessing state of technology for EGCS discharge water treatment and control, identifying possible regulatory measures, and developing a database of local/regional restrictions/conditions on the discharge water from EGCS. Such a database, managed by the IMO, would require all member states to report on any specific restrictions they have imposed to enable ship operators using scrubbers to obtain a clear overview over where restrictions apply, which today can be challenging.