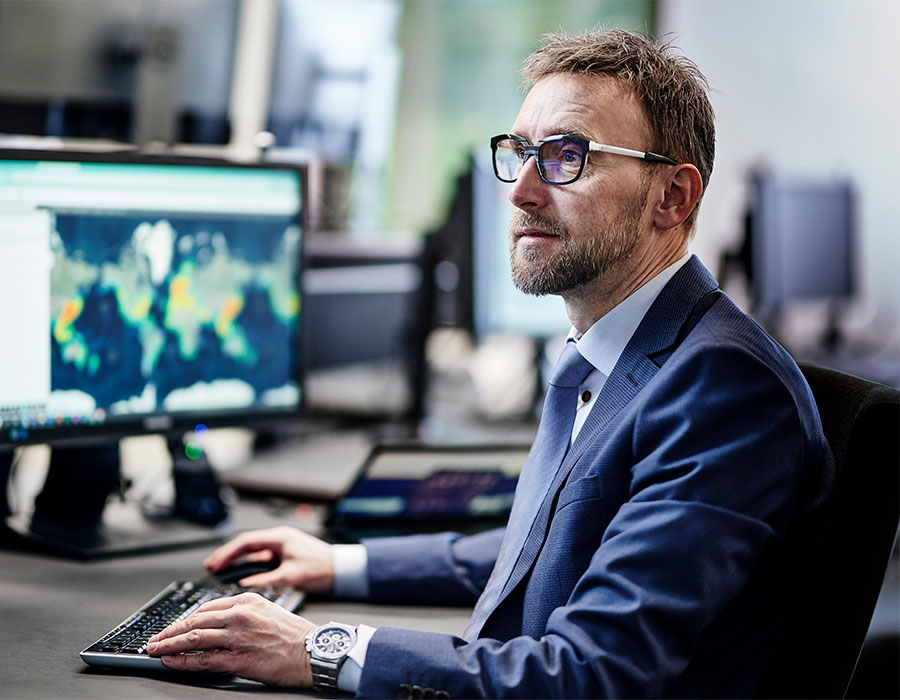 Bunker Holding, the world’s largest bunker trader and supplier, on Monday (28 February) announced the departure of its Global Head of Commercial Operations, Ask Michael Munck, as he transitions to sibling company CM Biomass as new CFO.

“Ask Michael Munch has since his hire with Bunker Holding added great value to the organization – and this goes double for his work maturing Bunker Holdings digitalization strategy. We are going to miss his insights as well as good spirits but are delighted knowing that he will be staying within the USTC-Group,” says Christoffer Berg Lassen, CCO of Bunker Holding.

Since his hire at Bunker Holding in 2020, Ask Michael Munck was promoted to Global Head of Commercial Operations, where he has been focused on putting digitalization first, deep diving into Bunker Holding M&A projects with a keen focus on due diligence and his work with New Fuels Task Force helped grow the sustainable fuels agenda in Bunker Holding.

“It’s an exciting company growing at a fast rate both by organic growth and via acquisitions. It’s the perfect opportunity for me to apply my professional focus as CFO in a company bursting with growth energy, while still playing to my strengths in M&A’s and organization,”

The need for a CFO is the result of CM Biomass’ impressive growth and having a background as CFO in the shipping industry, Ask Michael Munck was an obvious candidate. Being able to recruit from within parent company USTC Group and taking advantage of a hire with pre-existing insights of the company, is a sure plus.

“Having gotten to know Ask at first as the USTC representative in our own due diligence process, I know firsthand his professionalism and thoroughness; later having gotten to know him as a sister-company colleague I’m even more excited to bring him on our team and taking full advantage of his expertise,” says Simon Rodian Christensen, CEO of CM Biomass. ‘[Report] is a response to how industry partners are encouraging shipowners to intensify their focus on the entire value chain, not just the combustion cycle,’ said ABS.

‘We still believe in an oil price recovery, possibly as early as June, and see a risk for a tight market in 2022 with prices much higher than pre-crisis levels,’ says Rystad Energy.