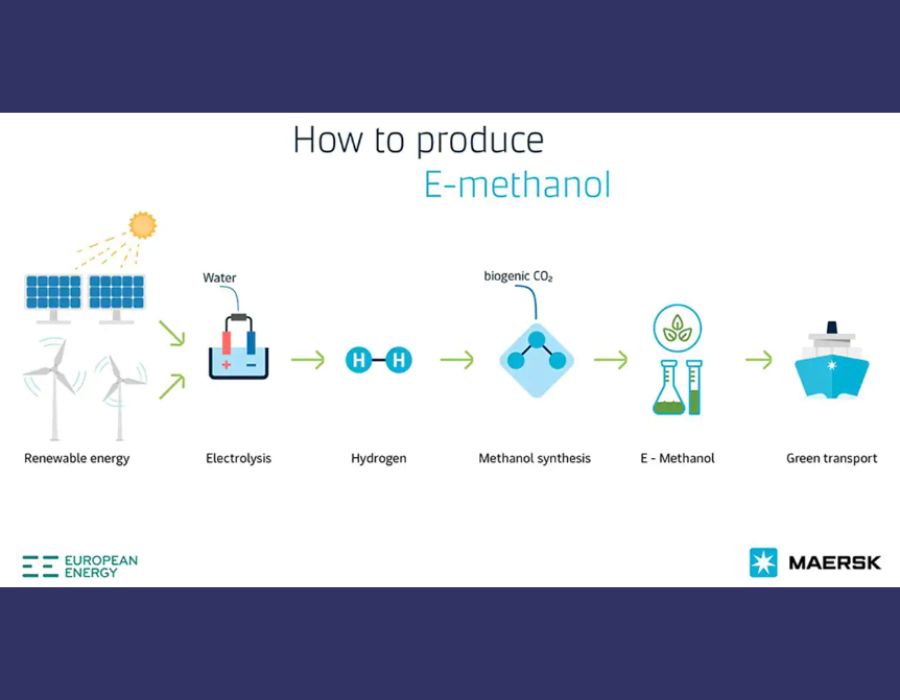 Anaergia Inc. (Anaergia) on Wednesday (17 August) said it has signed an agreement with European Energy A/S (European Energy) to supply up to 60,000 tonnes per year of liquefied biogenic Carbon Dioxide (CO2) for a period of 10 years for the production of green e-methanol to be utilised by A.P. Moller – Maersk.

Under the terms of an agreement European Energy had previously entered into with A.P. Moller – Maersk, the green e-methanol will be used to power the first container vessel that A.P. Moller – Maersk is having built to operate on this carbon neutral fuel.

Anaergia will provide the liquified CO2 from the anaerobic digesters that will operate at its plant being built in Tønder, Denmark. Owing to this agreement with European Energy, Anaergia will build a state-of-the-art CO2 liquification system at the plant.

Biogenic carbon dioxide is carbon dioxide that is released during the decomposition of organic matter such as food waste. All Anaergia plants use organic waste material to produce biogas, which is composed of methane and carbon dioxide.

Once this gas is processed, Anaergia produces pipeline quality Renewable Natural Gas and a clean stream of carbon dioxide that normally gets released to the atmosphere where it originally came from.

Biogenic carbon dioxide that comes from organic material is considered a desirable raw material for low-carbon fuels as its use does not add new carbon to our atmosphere.

Andrew Benedek, Chairman and CEO of Anaergia, said: “The benefit for us is the ability to sell the biogenic CO2 from our plants that is produced when we convert organic materials to methane and CO2.”

“By selling this CO2 instead of returning it to the atmosphere, our plants contribute to decarbonising hard-to-abate sectors, such as shipping, while becoming more profitable, as we turn this waste gas from our plants into a useful fuel.”

“This is a great example of carbon capture and utilisation (CCU), a critical step on the path towards net zero. We are looking forward to working with European Energy on this innovative endeavour, and to potentially working with them on other projects in the future as the need for green methanol rises globally.”

Knud Erik Andersen, co-founder and CEO of European Energy, said: “We are thrilled to team up with Anaergia for the supply of biogenic CO2 to our Danish e-methanol plants.”

“In Anaergia, we have found a partner that, like European Energy, is committed to fight climate change through new technologies that can make a real impact. We look forward to working with Anaergia, not only in Denmark, but also throughout the world.”

Eneos will enter its refinery turnaround season next month without having built sufficient stocks of the grade, said domestic bunker traders.

Initiative to convert a large number of Chinese fishing vessels to use methanol as fuel part of Asian projects portfolio Methanol Institute is spearheading, says COO.