Ammonia-powered shipping and technology company Amon Maritime on Tuesday (1 November) launched a new company specialising on the offshore market – Amon Offshore which has been created to build, own and operate a fleet of ammonia-powered supply ships for the Norwegian Continental Shelf.

“This is the next generation. We are combining new technologies with future requirements, enabling capabilities only available for newbuildings. Our vessels will be carbon free, future proof, and holistically designed for ammonia fuel from the ground up”, said André Risholm, Founder & CEO of Amon Maritime. 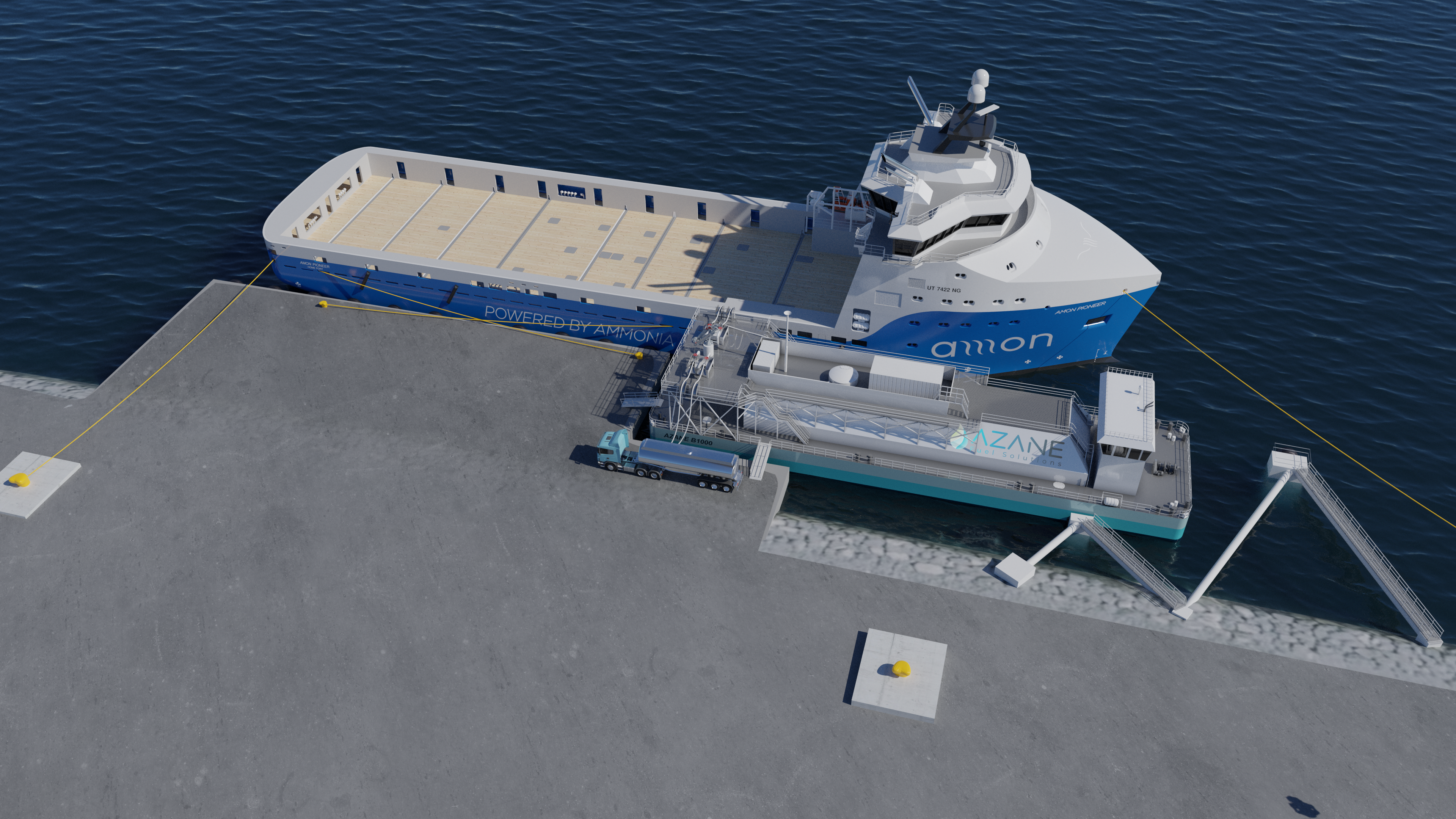 Ammonia fuel will be made available with a floating bunkering terminal at the selected supply base from affiliated company Azane Fuel Solutions – with fuel provided by project partner Yara Clean Ammonia.

The vessels will be managed by Amon Maritime’s in-house, fully integrated new ship management setup in Norway – Ula Ship Management. The company is a joint venture with Bernhard Schulte Shipmanagement, the third largest ship manager in the World.

The Norwegian Government has stated in the Hurdal Platform that all PSVs on the Norwegian Continental Shelf shall release zero emissions by 2030. This requires approximately 80 newbuilds or significantly modified/rebuilt to be delivered between 2025-2030 and will be a massive boost for innovation and value creation in the maritime industry.

The Amon PSV has been developed for full compliance with 2030 requirements, offering carbon free operations with best-in-class energy efficiency. Amon Offshore is working closely with clients to obtain charter contracts, enabling the first ships to be delivered in 2025.

Kongsberg Maritime is one of the World’s premier marine technology groups and the leading offshore ship designer. It was chosen to design and deliver key technologies to the project.

“These vessels will represent the next generation platform supply vessel (PSV) and Amon Maritime will set a new standard in the logistics in the segment with these new-buildings. We are proud of working with them to lead the green shift in shipping, designing what we believe will be a game changer for the market”, says Jørn Heltne, Vice President for Ship Design sales in Kongsberg Maritime.

The Amon PSV received approval in principle for gas-fuelled (ammonia) notation from DNV in March 2022. In May 2022 Norwegian Maritime Authorities issued its letter of preliminary assessment. This is the World’s first preliminary flag approval for an ammonia-powered ship.

“It is great to see a modern PSV design developed for ammonia as fuel, says Arnstein Eknes, Segment Director, Special Ships at DNV. “Innovations like this, coupled with close collaboration between all stakeholders in the value chain is key to accelerating maritime decarbonisation. We congratulate Amon Offshore for this timely and important contribution in supporting the energy transition.”

Policies and activities on sustainable shipping, innovation, efficiency, renewability and agility need to be translated into contractual agreements for effectiveness.

Company asserts that mitigating risks for members, embracing technological innovations, and maintaining transparency are key to its bunker alliance’s relevance.